Get the down and dirty on women's Olympic golf. A field of sixty women playing at the Olympics for the first time in 116 years--cool stuff whether you play or not. Check it out: 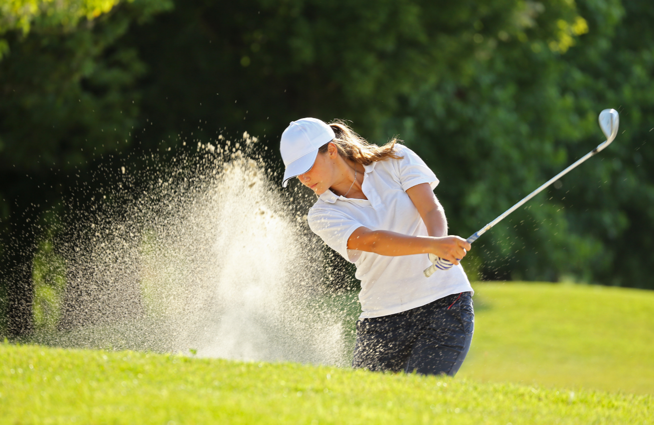 Editor’s Note: We bet you don’t read Golf Digest. Yet. But maybe you should. This great article from Alex Myers, associate editor, is one reason why.

If you paid attention to even one minute of the Olympic men’s golf coverage last week, you probably know that Justin Rose won the first golf gold medal in 112 years. But you probably don’t know that someone will end an even longer drought on the women’s side this week.

American Margaret Abbott is the only woman ever to win the Olympic golf competition, doing so in 1900. Abbott was also the first woman to win an Olympic gold medal. Well, sort of.

Abbott actually took home a porcelain bowl for winning the nine-hole event in Paris, because there were no Olympic gold medals yet. Bummer. But fast forward 116 years and we’ll finally see another Olympic champ in women’s golf. And to prepare for the tournament, here are seven other things you actually need to know.

1. The women’s field is much stronger than the men’s.
Whereas six of the top 10 in the Official World Golf Ranking didn’t play in the men’s event, the top nine players in the Rolex Ranking (which uses a similar calculation) will tee it up in Rio this week. That number would be even more stout, but No. 10, Ha Na Jang, wasn’t eligible because she was only ranked fifth among South Korean women. Further evidence of the strength of this week’s 60-woman field is how much more valuable this tournament is worth. Whereas the men’s event actually awarded fewer world ranking points than the Travelers Championship the week prior, there are a lot more points at stake for the women. 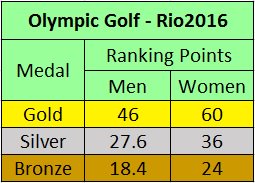 2. The women’s schedule is even crazier than the men’s.
A hectic summer schedule was part of the reason for poor attendance on the men’s side, but the women are in the midst of arguably an even busier stretch of golf. With the U.S. Women’s Open, Women’s British Open and next month’s Evian Championship, the Olympics competition sits in between three majors in a two-month stretch. Plus, there was also last month’s International Crown in which most of the top players competed. By the way, unlike the men’s event, the Olympic women’s golf competition starts on Wednesday and ends on Saturday to avoid Sunday’s closing ceremony. Again, the tournament ends on Saturday, NOT Sunday. Set your DVRs accordingly, and don’t say we didn’t warn you.

3. South Korea is the only country sending four players.
South Korea is the U.S. of the women’s competition, sending the maximum number of golfers. The team is led by Inbee Park, although her status is a bit up in the air after an injured left thumb forced her to sit out the past two majors and the International Crown. As mentioned, the race to make the South Korean team was so competitive that Ha Na Jang, currently ranked 10th in the world, didn’t qualify. Neither did World No. 12 So Yeon Ryu, No. 13 Sung Hyun Park, and No. 16 Bo-Mee Lee. Not a bad B-squad.

4. But one of those players isn’t Lydia Ko.
There seems to be some confusion about this, but the World No. 1 is playing for New Zealand. Ko was born in Seoul, South Korea, but her family moved to New Zealand when she was an infant and she was raised there. She officially gained New Zealand citizenship when she was 12.

5. Regardless of nationality, Lydia Ko is the favorite.
And a big favorite at that. According to Bovada Sportsbook, Ko is 3 to 1 to win the gold medal. She’s followed by Thailand’s Ariya Jutanugarn at 13/2. Canada’s Brooke Henderson and U.S. teammates Lexi Thompson and Stacy Lewis are all listed at 12/1.

7. The women will play the same course.
In a similar situation to what we saw at the 2014 U.S. Opens at Pinehurst, the women will play Gil Hanse’s Olympic Course the week after the men played. And as was the case two years ago, the women will play the par 71 from about 900 yards shorter (6,245 yards from 7,128). Interestingly, if you throw out Martin Kaymer’s crazy nine-under (he won by eight shots) total, the scores were pretty comparable from the different sets of tees. Only two other men broke par (Rickie Fowler and Erik Compton at one under) that week and only one woman, Michelle Wie at two under, ended that event in red figures. In other words, while Wie isn’t in Rio, we can probably expect the leading women to shoot similar scores to those posted by medal winners Justin Rose, Henrik Stenson and Matt Kuchar. And we can definitely expect whoever does will take home a medal instead of a porcelain bowl.

This article was originally posted in Golf Digest. We repost it here in the hopes of addicting you to golf.

Want to make better decisions? This one habit guarantees it, says science
Next