4 steps to turning what bugs you into a business

Frustration is inspiration in disguise. Here's how to make what annoys you into what you do. 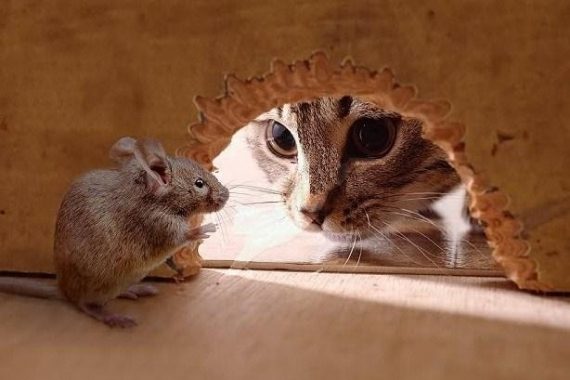 Frustrated because he couldn’t get a clean shave with products designed for non-ethnic hair, Tristan Walker launched Bevel. Mike Dubin and Mark Levine started Dollar Shave Club because they were done struggling to supply themselves with razors. Sandy Lerner and then-boyfriend Len Bosack were outraged that the growing internet had no secure private protocols. They co-founded Cisco Systems to solve it. Today, it has a $143B market cap.

From enterprise platforms like Cisco to ecommerce legends like Dollar Shave Club, getting fed up with the status quo has inspired many of today’s biggest business successes. Here’s how you can turn what bugs you into a business.

“Frustration is not an interruption of the process, frustration is the process,” says Elizabeth Gilbert. Her new book Big Magic: Creative Living Beyond Fear is about living life to the fullest. It can be tempting to try to distract yourself from what frustrates you, but if it keeps coming back—it probably has a message. Serial founder Sandy Lerner, who co-founded Cisco and then later when on to found and sell cosmetics brand Urban Decay for $312 million, says, “The first thing I’m looking for [in founders] is outrage.” That’s because, she explains, that burning need to change the world is just the kind of fire in the belly you need to create a game-changing company.

“Are you hanging out in left field, or did some marketplace assumptions just leave a big holes?” asks Lerner. She urges people to examine their responses and decide if it’s a tantrum—something you’ll get over—or an opportunity. Don’t be concerned if no one else understands how much this bugs you. “I’m a fan of big markets no one else wants,” she says.

3. Work it instead of worrying.

If what’s bugging you just has to change, then start changing it. “People talk about labors of love—there’s such a thing as a labor of labor. Lots of my businesses are labors of labor,” Lerner says. In her first book Clay Water Brick, Kiva founder Jessica Jackley talks about how important it is to just do something in the direction of stopping what’s driving you crazy. She relates the story of one entrepreneur who wanted to have a brick-laying company. He made the decision to do something about it. He started mixing water with the dirt beneath his feet that same day. A few years later, his small but secure brick business is providing well, she says. (See more about Jessica on Inc.com here.)

Frustrations you can’t shake often signal unmet needs. Psychologists suggest that if we avoid our frustrations by taking no action or distracting ourselves from them, over time, it can lead to depression. If you take action, though, you’re moving in a positive direction—even if your business doesn’t succeed, you’re taking charge of meeting your needs.

Lerner says keep this in mind: “To be successful you have to be someone who can build a system and not just respond. I spend too much of my younger life in response mode, and too little of my life thinking of a systems approach to solve a problem once. You don’t get what you expect. You get what you inspect.” Inspect what’s bothering you and see if there isn’t something in there to build on. Like Gandhi encouraged, be the change you want to see in the world.

This article first appeared in Inc.com.

21 Surprising Stats About Gender at Work
Next