10 Secrets To Raising Millions Outside of Silicon Valley

Lynne Laube raised $170MM for Cardlytics from Atlanta. Find out how. 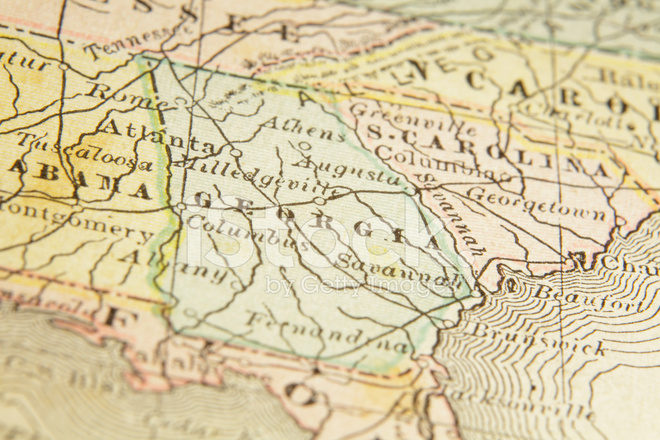 You’ll relate to Lynne Laube and Scott Grimes. They quit their jobs at Capital One to start Cardlytics at their kitchen tables. They weren’t Silicon Valley insiders. Nor were they serial entrepreneurs. They were not living within 500 miles of a venture capital hub like San Francisco, Boston, or New York.

The Age of the Silicon Valley Outsider?

The inside story on the $170 million

To date, Lynne and Scott have raised $170 million from their headquarters in Atlanta, Georgia. Cardlytics enjoys thousands of bank relationships and is considered a hot prospect for an eventual IPO. It tracks purchases from 70% of all consumer credit and debit cards. Investors include Discovery Capital, FIS, Aimia, Canaan Partners and Polaris.

Here is the inside story about how one of today’s top performing entrepreneurs raised millions as a Silicon Valley outsider—and you can, too.

1. Understand how your startup finds value

Lynne and Scott knew being in Atlanta, their home, was an advantage. They liked the lifestyle. They appreciated the access to talent. They relied on the lower overhead. Nonetheless, was a disadvantage when it came to raising capital.

“When we started the company here, we had investors who didn’t think you could start a company in Atlanta. There is not enough money here, so you have to go outside of the area and get your money. It’s just another barrier you don’t need when you’re trying to start a company,” acknowledges Lynne Laube, co-founder and President of Cardlytics.

2. Know what you need

In the beginning, well-known venture capital firms told Scott and Lynne they would prefer to invest if Cardlytics had another Atlanta VC as a direct point of contact. That was hard to find. “We came to all the usual suspects in Atlanta, but we couldn’t get anyone over the line at the time. Eventually, Canaan partners and Polaris Ventures lead our Series A, but we could have closed that round much faster and with better terms if Atlanta money had been available.” You may need patience, but even if your local market doesn’t understand your deal, that doesn’t mean you can’t bring in outside money—eventually.

Location played a role in Cardlytic’s first term sheets, but mastery played a bigger one, according to Lynne. “Having mastery eliminates the gender gaps. Coming in as a female trying to raise money from a group of men, I saw it was critical to be seen as an absolute master of my proposed business and model.” When Lynne started her capital raise, only about 1 founder in 10 was a woman. Today, according to Crunchbase, it’s a different landscape. Almost 20% of founders raising venture today have a female founder on the team.

To overcome the odds, Lynne empathically projected herself into the shoes of the mostly-male teams of potential investors she courted. “In the early days, I tried to act more like a man so that I could be accepted more. I don’t think men are trying to not invest in women founders. I just think that they build relationships differently. If you talk to them like they talk to their other guy counterparts, they’re much more comfortable.”

VCs invest almost as much in the team as they do the business model, says Lynne, because they know the idea likely will morph over time. “Almost everything Scott and I do is very yin and yang. My strengths are his weaknesses and vice versa. We’re very aware of that. That’s really the way the pitch deck came across, too. You could see both of our personalities in the deck.”

Diversity in the founding team is one of Cardlytics’ strengths, “As founders, we’re very powerful together. The chances of us being able to work with any personality type, figure out how to get into their head and negotiate with them is doubled. We have twice the odds of being able to do that because we are two very different people.”

In the beginning of Cardlytics’ fundraising journey, Lynne wasn’t as fluent in term sheets as Scott was. He taught her, and today, she leads financial due diligence. “Once someone explains the language to you, you get it. It’s not hard. It’s just unfamiliar at first.” One of the best resources on term-sheet language is this book by venture capitalists Brad Feld and Jason Mendelson.

6. Lean in to your confidence

Lynne recalls showing up at venture events and seeing that “They’re all wearing blue shirts and a red tie. I show up in my pink blazer.”

Lynne is inspired by Sandberg’s concept of “leaning in.” She says, “When you get in front of a group of VCs, you’ve got to know what you’re talking about. You’ve got to be confident enough that you can do this. The number of near-death experiences you go through as you start a company are enormous.” Like other top performing venture-backed female founders, Lynne focuses on conveying to investors through personal confidence that she has the grit and fortitude to captain Cardlytics through tough times.

7. Get tough without touchiness

To raise major money, exude the leadership necessary to muscle through the mud of an early stage business. But never, especially as a female founder, come across as over-sensitive.

Lynne shares that she’s learned a lot over the years about how to work with investors—and it’s taught her patience. “In the early days, I was a little more argumentative. I showed a little more passion when I shouldn’t have.” Since then, she’s developed the confidence to realize she can encourage her board and investors over time to work toward her perspective.

“I need to let them talk. I need to let them think things through. I let them go around in a couple circles. I let them come up with some good ideas and some bad ideas. Ultimately, not having a lot of passion or emotion as they’re going through this process performs best. It’s when you try to circumvent that process and jump in and tell your board the right answer without hearing their opinions that you run into trouble.”

Lynne now embraces a good debate at the board level. “That’s what boards really want to do. They want to know that you’ve thought through other options. They want to discuss possible other options before they get to an ultimate answer. The problem is, as the founder who’s living it and breathing it every day, you’ve already gone through that process. Now, you have to take your board through it with you. That’s the key. Give them the time to go through that same process with you. You’ll get them to where you need to be. Often, in that process they will bring up some interesting points that are really valuable.

8. Raise every dollar you can

One of the confusing parts of raising your first round is the apparent trade off between valuation, equity, and dollars raised. For Lynne, she and Scott got comfortable fast with their priorities and recommend you do the same. “Raise as much money as you can when you can,” says Lynne. “If you get an extra 10% dilution, it doesn’t matter. If you’re making a really valuable company, you’ll not miss that 10% because it’s 10% of a huge pie. If you end up not making a valuable company, none of it was worth anything anyway.

“You might be pleasantly surprised by the value a VC can bring you aside from the check, but my perspective is, raise as much money as you can regardless of the VC. All the other offers about supporting the company with introductions or coaching are often not as real as everyone wants them to be.”

10. Stick to your exit strategy

As they dreamed up Cardlytics around their kitchen tables in 2008, Lynne and Scott imagined their exit, too. “Our exit strategy since even before we had money was that we were building a big and valuable company that long-term can control its own destiny. We’ve always managed this company like it will be a public company someday. That’s the way we continue to manage it.”

Staness Jonesko: Eat like the wonder woman you are
Previous

5 Strategies To Evolve Your Inner Entrepreneur
Next