The hunger for validation

Entrepreneurship is gut-wrenchingly lonely. Getting money from a VC can seem like validation, approval and partnership--no wonder it's deeply desired. But is it really right for you? 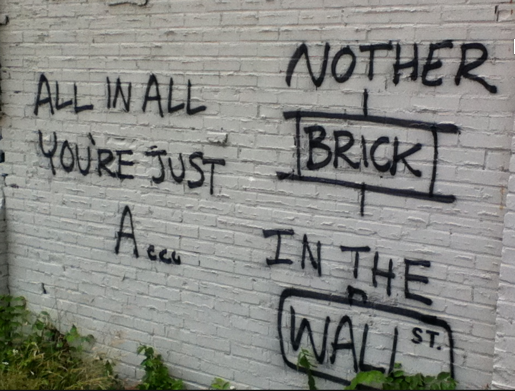 I met ten new entrepreneurs recently, five at The Gathering Spot in Atlanta and five at Capital Factory in Austin. The companies were radically different—focused on healthcare, or communication, or marketplace software. A couple were white guys, but for the most part I met with minority entrepreneurs. Despite all this diversity, all of them wanted between $1.5M and $3M from the most well-known VC they could attract.

The conversations on how much they wanted was practiced and easy—and if they could have just heard each other, it was like listening to tape recordings.

What can you get for 25% that you really want?

My surprise was, that the conversation on what they would do with 25% was a lot less well-focused. “Spending it on marketing and sales” was the general theme, but as for how—not one had a burning plan. No one had picked a CRO or that next key hire. Most want “digital marketing” but aren’t super sure what kind or which platform or. . . . Those are recipes for burning equity via Adwords.

This reminded me of a fashionista who just must go to mall. Or who insists on having the most expensive new designer shoes at Saks without even a specific party to go to. It doesn’t make sense, but people do it. It’s possible your early VCs don’t want to get too specific at this stage because they might realize they need less money than they think.

I spent much of my conversations this week trying to understand that urge to be part of the typical VC program better.  I suggested alternatives to some of the entrepreneurs who already had great customers, beautiful vision, and a joy in their journey. Because what more do they really need?

I suspect validation. Being an entrepreneur is lonely. It is possibly less lonely that it used to be with accelerators, co-working spaces, and the like, but the downside of this togetherness is creating an entrepreneurial financial follow-me culture. The allure of having the public approval of “the system” through a financing is a lot like the way some people dream about their weddings. But if you’ve had a wedding, or a financing, you know the party is short. The reality of the daily grind is where you live. What makes a good marriage, or a good VC relationship (which often lasts longer than the 8 years of the average American marriage by the way), is a day-to-day that makes sense and supports your dreams.

You can mitigate your natural need for outside validation by taking a serious look at some of your realities.

1. How big is your exit going to be? Most software companies are acquired; most never IPO. 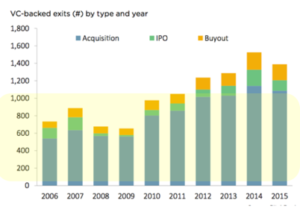 2. How big can you get in 4-5 years? It’s probably not talked about enough: how long it takes to grow a software startup to exit. The corporate exit/acquisition average is 4-5 years, and it’s pretty stable. 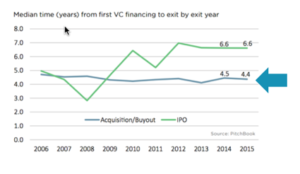 How much are you going to get for your company in ~ 4 years? 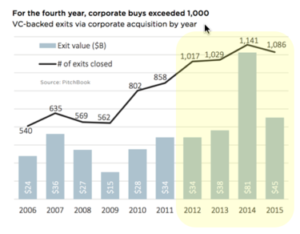 Do the math on the VC deal you’re taking, including liquidation preferences and other built-in gotchas. How much of that exit will be yours? The price corporations are paying for software is falling. Creating software is becoming more of a global commodity.

What is never a commodity is your creative vision and fire. Don’t sell it short. Parting with 25% of your company may be the right decision if that’s the capital you truly need in the next 12-18 months to build your vision—but it also may just be following the crowd to matching articles in Tech Crunch and VentureBeat that never get you a single customer or the sense of accomplishment in doing it your way. Be sure. You can’t ever get it back.

How to say “no” to noise in your marketing
Previous

How Microsoft, Rackspace and HP Enterprise Gear for Global Sales
Next