President Obama has figured out how to confront controversy and craft results. Here are leadership lessons you can pull from his approach. 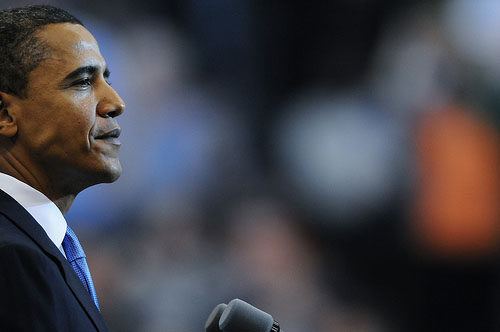 No matter which side of the political fence you live on, President Obama is good at moving his agenda forward. That is the acid test of leaders: getting things done. As we come to the end of 2015, Obama’s healthcare reform has been cemented by the Supreme Court, gay marriage is legal in every state, and The United States is less dependent on foreign oil than it was when he became president. Healthcare, oil prices, marriage? These are some of the most controversial subjects in American politics. As a leader, how does Obama confront so much controversy without sacrificing results?

Obama’s reputation as a master orator is obliterated by what he is willing to do as an average singer. He spoke at Tucson after that shooting and at the Sandy Hook Elementary School after those killings. He spoke at the funeral of Senator Daniel Inouye. He spoke at Nelson Mandela’s eulogy. You may not remember what he said at any of these events. But when he sang “Amazing Grace” in front of the world, you remember that. He showed us he’s able to be himself, just as he is. In using his average singing voice, he took a personal risk in order to create a memorable message. Taking personal, public risks shows how much you care about your message as a leader.

Whether he’s talking about the death of Osama bin Laden or more recently, eulogizing the Honorable Reverend Clementa Pinckney, Obama’s change-language is framed using “us” and “we.” This isn’t just politics. Using the plural first-person instead of “I” invites you to identify with him. Think of your own leadership. Sometimes it can be hard for your followers to identify with you, too, right? By framing your position in terms of “us” and “we,” you invoke the power of a possible shared social identity with your team.

Obama’s campaign used the slogan “change we can believe in.” Belief in change is a fundamental, foundational quality of his leadership. No matter which controversial topic Obama is taking a stand on today, chances are he comes across as believable to many of the people he’s asking to support the stance. For example, I asked one of the interns at my public relations agency today, “do you think Obama is a good leader?” He said yes. When I asked him why, he said, “because you can see he really believes it and he’s really fed up.” This quality of believing passionately in the change you are seeking—politically, socially, or in business—has power even when many are against you.

In 2008, Obama was awarded Marketer of the Year by Advertising Age. His policies were online and as they evolved, they were updated by email and text. He had online call tool that helped supporters make millions of calls from personal computers.[1] Today, Obama keeps talking on multiple channels including video, network news, talk shows, personal appearances, webcams—you name it, he’s trying it. An incredible commitment to communicating in the media his audience uses, even over-communicating, is an Obama trademark. Do you just send emails, or just meet with people, to forward your agenda? Knowing your own preference in communication style is important. Obama demonstrates knowing your audiences’ styles may be even more so.

When you’re a leader with a big bucket list, how do you keep momentum? Obama said recently, referencing the Affordable Healthcare Act, “This was a good day for America. Let’s get back to work.” He repeats that phrase—let’s get back to work—hundreds of times in the two terms of his presidency. Classic Obama leadership celebrates ends with a beginning. Rather than rest on the laurels of any particular victory or mope about moments that didn’t go his way, Obama uses circumstances to set up the next phase of his agenda. In business terms, you blew it out of the park this quarter? Awesome! But be sure to use this quarter’s success to set up next quarter’s quota. Even more so, Obama’s leadership style in using the moment as a springboard for his message forwards his longer term agenda—meaning, as he leaves office at the end of his term, he’s accomplished a lot of the items in his leadership bucket-list. In classic Obama fashion, as he recently said to NPR, he’s got a lot more bucket left. Read more about Obama’s leadership style in Inc.

This article originally appeared in Inc.

8 apps that put PR in your pocket
Previous