7 Life-changing Tech Predictions for Women in 2018

Science and tech didn’t dominate the headlines in 2017. That’s surprising. In any other year, it would have. Consider: the first patient biohack; self-taught artificial intelligence developing skills beyond those of humans; big robots doing backflips. In many ways 2017 was a learning year, with amazing... 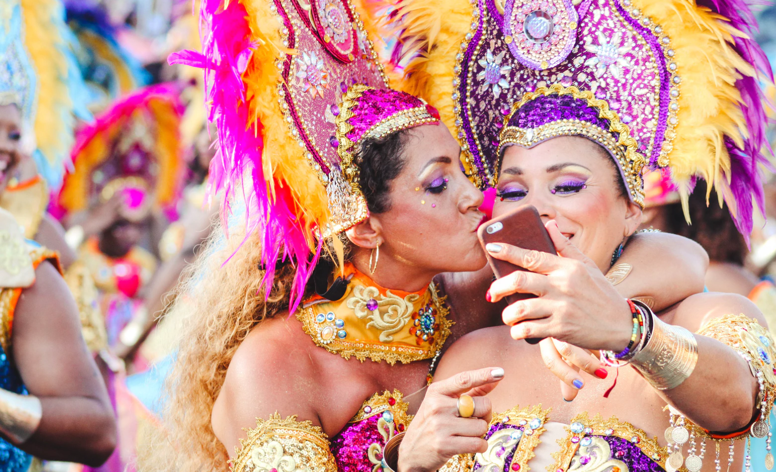 Science and tech didn’t dominate the headlines in 2017. That’s surprising. In any other year, it would have. Consider:

In many ways 2017 was a learning year, with amazing firsts coming from academic and laboratory settings. 2018 promises to be a year of more applied next generation technology that makes a difference in everyday life.

Here are seven areas where you can look forward to technology changing your life in the New Year.

Knowing the new you

With DNA-level analysis becoming more and more affordable, gene therapy is exploding. Between 10 and 15 new gene therapies are expected to be approved by FDA for use in the U.S. this year.  For those with inherited genetic conditions, some of the gene therapiescoming in 2018 will be truly life-altering in the most positive sense.

The everything store–Amazon–is at it again. In 2017, they offered the Echo Look, a camera with fashion advice. While the fashion advice may be a little conservative, according to the Wall Street Journal, the technology behind the fit will be fiendishly accurate in 2018. By acquiring BodyLabs in 2017, Amazon is building a library of real measurements that make a real fit a real possibility. Between hardware like Echo Look and Echo Show, and deep learning inside like BodyLabs algos, Amazon is solving for customer fashion fit in 2018 like they once solved for two-day delivery anywhere.

Getting it done right with AR

How do you learn to make, cook or build something? You YouTube it. In 2018, augmented reality will be on the same trajectory. Catalogs of video information will  be “updated to AR.” Want to see a taste of what’s to come? Check out Ikea’s AR catalog, available in the Apple App Store. It allows you to use your phone to photograph your room and then place Ikea furniture at scale, in ambient light. If you like it, you can order–confident it will work in your room.

“Apple has solved some technical hurdles that no one else has solved,” Michael Valdsgaard of Ikea told Wired recently. “You don’t need to read a manual, you don’t need to put on special glasses. You just pull out your iPhone, scan the floor, and it already has measured for you.”

Companies that work in real things that have to fit, from builders to engineers to prosthetics makers, will accelerate their offerings with AR in 2018.

Want to know what new to do on date night? In 2018, virtual reality arcades are positioning to take over–in a virtual way–a strip mall near you. Consider Virtual World Arcade, a startup that charges $20 for an unlimited month of VR arcading. Swanky spots like VR Park Tokyo have shown that there’s an appetite for VR immersion. Yet for most, it’s too expensive to purchase, maintain and update a state of the art VR system. VR gaming is predicted to reach $45 billion in revenue by 2025.

Space Wars starting over the internet

SpaceX is scheduled to launch the first test satellites for its “mesh configuration” communication satellite constellation in 2018. While the deployment of the full constellation will still be a spark in the eye of visionary Elon Musk, the positioning for a piece of sky begins in earnest next year.

Satellite communications companies like Iridium and  SpaceX intend to dominate planetary communication and unlock interplanetary options. Satellite-based internet should also revolutionize rural and sea internet connections. Having great internet coverage over the sea has potential to change how we store data in the years to come. (Check out how Microsoft is at the forefront of undersea data storage.)

This next wave of internet communications, faster and better than most terrestrial options, should keep access very interesting in 2018. Keep your eye peeled for interesting offers toward the end of the year.  While there will be a lot of hype over the return of manned space flight planned in 2018, for everyday Earthlings, the coming of gigabit internet will mean a lot more.

In 2017, several startups dug into one of the toughest nontechnical problems in the known entrepreneurial universe–scheduling executive calendar. I started the year in an X.ai trial. I eventually upgraded, and then sadly abandoned my AI scheduler Andrew Ingram. He kept getting lost in my three-way calendar craziness–the break up was my fault.  I found a lot more understanding in the rules-based captain of calendaring, Calendly, headquartered here in Atlanta.

2018’s heir apparent to executive calendaring wants to be in the office with you– Amazon Alexa for Business. Launching in 2018, Alexa for Business has an open skills library so that your company can build skills specific to your needs, from approving department payroll and budgets, to dimming the lights or ordering travel.

Forgetting the smell of gas

The Economist predicts 2018 as the year electric cars come of age. While sales are still under 1 percent of new car sales in the U.S., they are about 5 percent of new cars purchased in states with better infrastructure–that is, California. The Economist says 2018 is the electric car tipping point because for the first time, without relying on subsidies, the total cost of ownership for an electric car is lower than for a traditional gas-powered vehicle. That’s a pretty big argument for anyone. You can get the more detailed analysis in their video.