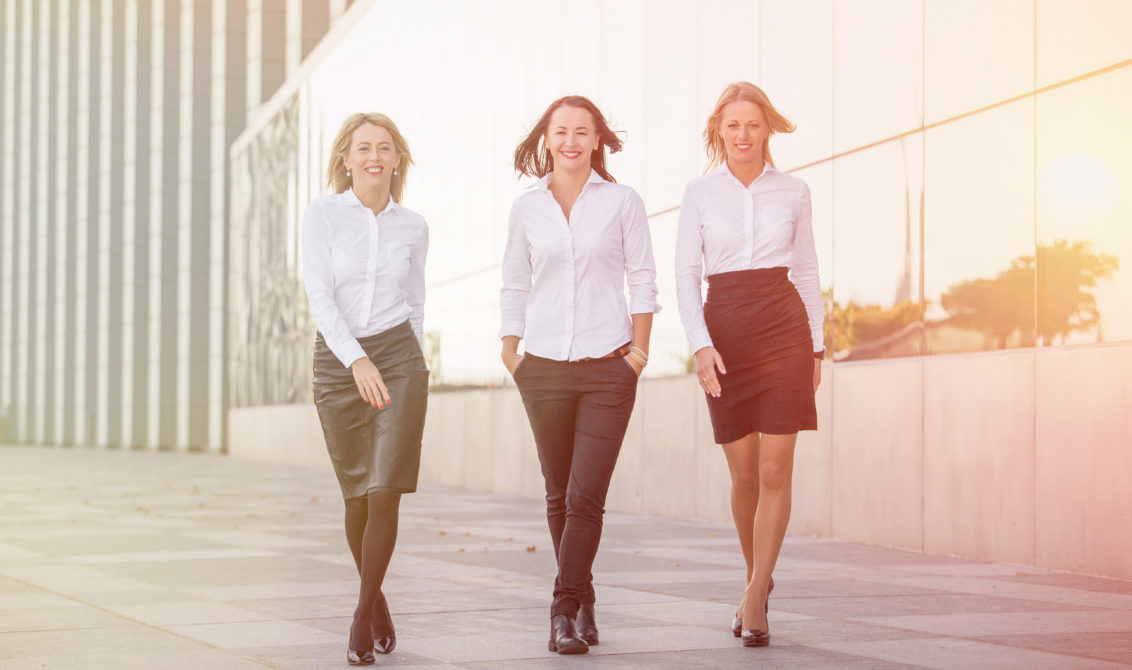 Often times, the very things that keep us from achieving our goals as women in business, tend to be the very qualities that allow us to thrive! And yet, as women in business, we are often given the wrong advice and asked to allow more masculine qualities to turn us into the leaders that we should be. It is simply not that simple, Thuy and Milo Sendell, share, 7 Ways Women Leaders Can Excel at Being Their Authentic Selves.

Women in leadership positions are often told to behave in ways that are viewed as more masculine to be successful. But it’s not that simple. Because when women act like men, their peers and employees tend to think that one thing — that they’re bossy.

In fact, research conducted by, Skyline Group International, Inc., found a significantly lower perception of effectiveness when women express the masculine behavior in 57 percent of the 28 leadership competencies studied. What’s more, women were the toughest critics of female leaders. The more detailed, directive and structured women are, the more negatively other women view them.

So, what are women in leadership positions to do? How can they be effective leaders without creating the perception that they are trying too hard and are seen as “bossy”? Here’s a look at seven characteristics employees see as bossy in female leaders and alternative ways for women to be effective:

1. Coaching and mentoring.
The bossy way: Creating a development plan for employees may seem like the most direct way to coach employees, but our research shows that professionals see this as bossy among women in leadership positions.

The better way: Instead of laying out exactly what employees need to work on and setting a specific plan for them to do it, include them in the conversation. Employees react better to women in leadership who approach development through exploration and challenging assumptions.

In other words, don’t just tell employees what they need to do and how to do it. Bring them into the conversation about what they think they need to work on and why. Ask them about their long-term goals, the skills they want to learn and improve and then set a plan together.

2. Executive presence.
The bossy way: Women in leadership are aware that the deck is stacked against them — they have to work harder and do more to be seen as effective. So to compensate, they adopt an overly-formal presence and they command respect. But this persona doesn’t sit well with employees.

The better way: Women in leadership should be themselves with employees and present themselves with poise and authenticity. Leaders can still be professional without being cold and distant. Earn the respect of employees by being dependable, trustworthy, and honest.

3. Entrepreneurship.
The bossy way: Men in leadership tend to take big risks to hopefully win big. But women in leadership who follow this risk and reward model are seen as less effective.

The better way: Instead of charging forward with the riskiest option, take the time to plan out different scenarios. Don’t bet it all for a big reward. Choose a plan with multiple chances for success.

4. Service.
The bossy way: Helping employees is a huge part of effective leadership. But women in leadership who help their team just to meet an immediate goal are viewed as bossy, not helpful. Employees think the leader is stepping in to put out a fire and micromanage the situation rather than being genuinely helpful.

The better way: Stepping in to help employees meet a deadline or win over clients is a good thing, but leaders should help employees because it’s the right thing for the organization as a whole — not just because it will get the team through the day.

Think about long-term goals and help employees to achieve them. Assist employees in developing their overall skills, not just finishing project and checking off to-do lists. Improving the skills of employees helps to advance the organization and prepares them to solve future problems.

5. Planning and organizing.
The bossy way: When making decisions, taking an analytical approach may seem like the best option. Men in leadership tend to take this approach, making many small decisions to yield a larger plan. But women in leadership who do the same are seen as less effective and bossy.

The better way: Instead of dictating a firm plan, be more flexible in the planning process. Involve everyone in the process and consider new ideas before finalizing the plan. Be open to changing plans if new information and feedback are received.

6. Monitoring performance.
The bossy way: More leaders are realizing that employees need feedback more regularly than a yearly performance review, but using systems like dashboards to check on employee progress every day is overkill.

The better way: While numbers and details are important, performance reviews shouldn’t be a competition and leaders, especially women in leadership, shouldn’t put constant pressure on employees.

Instead of looking over employees’ shoulders, check in with them on a regular basis, looking at their progress in the context of the big picture. Are they moving toward end-state goals and milestones? What else can they do to improve or progress faster?

7. Thoroughness.
The bossy way: While leaders should set high expectations for employees, when women in leadership focus on getting things right the first time, employees don’t take it well.

The better way: Don’t focus on what employees get wrong — focus on how to help them improve. Instead of optimizing work processes to eliminate mistakes, optimize them for continuous improvement. When employees make mistakes, use it as a teaching moment and explain what they can do better next time.

From the Column of Thuy Sindell and Milo Sindell, on INC

Scale Up Your Start-Up With Grow Her Business
Next