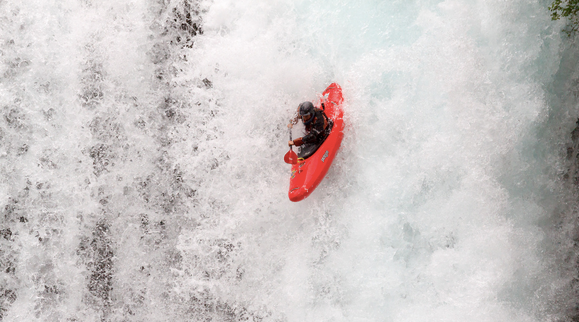 Allie O’Connell: on danger and decisiveness

Tech entrepreneur Allie O'Connell says, "there is something really powerful about taking the power to create and using it in a moment when you feel powerless." Share her story.

What do you LOVE about being an entrepreneur?

I’m definitely the “ideas guy” and feel the most alive when I’m creating something entirely new. I love getting to take risks, take action, and see where each step leads you on the path to creating a great product. Putting together a talented team and growing a concept into a real, functioning company is exhilarating.
It’s incredible to be surrounded by a team of people who are building something with you that is much bigger than you can accomplish as one human alone.
Something else I love is knowing that wherever you are, whatever circumstances or failures you may have, you never lose the ability to start creating again, from scratch if necessary. The people you build relationships with along the way make it possible.

What is your “entrepreneurial super-power?”

I’m decisive. Fear of the unknown doesn’t inhibit me from acting. I can channel stressful situations into focused action. I have a knack for seeing when opportunities, ideas, people, or resources align, and taking action.

I heard this great story about Walt Disney recently. His studio was contracted to create a series for Universal Pictures about Oswald the Lucky Rabbit. It was wildly successful. When 2 years later Disney went to negotiate a higher fee for production due to the success, the Universal exec. undercut him and managed to keep the majority of his team under contract – effectively making him lose the rights to the successful series he had created with his team.
On the train ride home from this meeting at Universal where he lost the rights to his creation, he invented the mouse character that would become Mickey Mouse. There is something really powerful about taking the power to create and using it in a moment when you feel powerless.

What’s the BEST and the WORST thing about being a female entrepreneur.

Best thing – Other female entrepreneurs. These people are sharp, tireless, and ever-inspiring.

They tell like it is. I’ve met some incredible women that have been breaking through the barriers of various old boys’ clubs . . . and making it her playground. Along with having the best co-founder in the world, these women are my best allies. (There are some wonderful male entrepreneurs that are pillars or strength for me, as well. They get it.)
Worst thing – You may be targeted by people that think you’d be easy to take advantage of in business. It’s terrible, but it happens. It can sometimes be helpful to be underestimated, but it’s a rough experience, nonetheless.

What is one tip or thing you believe that you wish you could share with other entrepreneurs?

Be kind to yourself.

Entrepreneurs are inherently really tough on themselves to succeed, to execute, to grow their company. Whatever it means for you, be kind to yourself. Your team and your company will be better for it.
To aspiring entrepreneurs, I’d say let go of perfectionism, and just take the first step. It doesn’t necessarily matter what your initial concept is if you listen to your customers and let the concept evolve until it serves their needs.

A friend that worked at a foundation focused on entrepreneurship once called me a “unicorn zebra” because I was a woman who founded a technology company.

When we envision what a great CEO is like, we mostly envision some of the great men in those roles. It’s certainly predominantly men that we see in those roles at every stage.
I think the main difference in my experience as a woman who is an entrepreneur than being a man are the shocking instances when you know in your gut that you are being treated poorly because you’re a woman. It is probably a rare occurrence for a male entrepreneur, but I bet every woman who has started a company can relate. The worst feeling is when other people around you see it happen and point it out. Then you know you’re not crazy, but it’s disheartening.
For entrepreneurs, having an obstacle often makes you dig in and hustle harder towards your goals. Even though some of these negative experiences can be disheartening, they usually inspire the energy to push harder to meet your goals.
Isn’t Allie inspiring? Catch up with her on LinkedIN.

Interview tips for women entrepreneurs: what would Olivia do?
Previous

10 Awesome Things About Being a Female Entrepreneur
Next