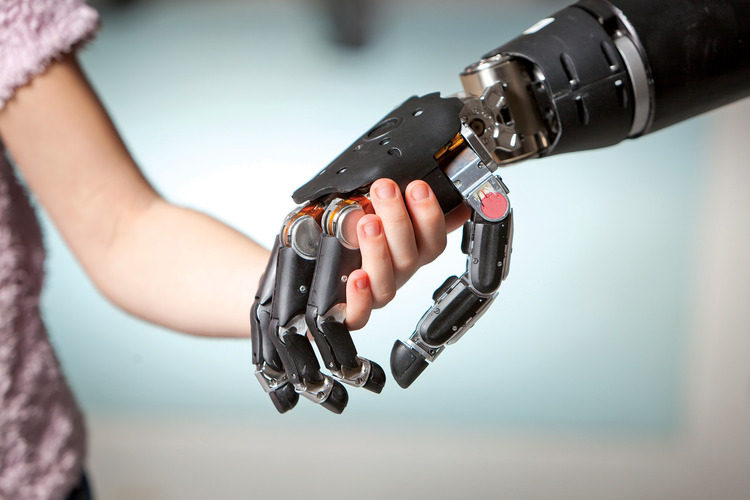 There’s a new robot out there—and it’s probably the closest thing to RoboCop that has ever been created to date (and not for a movie).

“Our long-term goal is to make robots that have mobility, dexterity, perception, and intelligence comparable to humans and animals, or perhaps exceeding them. This robot is a step along the way,” says Marc Raibert, founder of Boston Dynamics, an Alphabet subsidiary since 2013. His company just released new video of its latest generation of robots.

They can be created near your home because they are mostly 3-D printed. They can easily enter your house. They can’t be pushed over and can’t be reasoned with. The most human-looking, Atlas, is 5-feet, 9-inches tall and weighs 180 pounds. Atlas is capable of single-minded focus on a task, like loading boxes on shelves—or tracking you, à la the Terminator.

Just in the past few months, Atlas has come a long way. It had its origins in 1992, but with the explosion of 3-D printing, design has leapt forward expontially. Raibert says that lately, “the engineering team did a huge amount of work to make Atlas lighter and more compact. One thing we did was use 3-D printing to create the legs, so the actuators and hydraulic lines are embedded in the structure, rather than made out of separate components.”

Atlas comes with impressive friends, like Spot, a new robotic dog with a truly adorable trot.

Are these robots good or evil?

The answer is, it depends. Following generations of science fiction novelists like Ray Bradbury, Elon Musk warns that artificial intelligence may be a demon we don’t yet know how to control. As with any tech, time will tell if these impressive advances are used mostly to build or to destroy.

Personally, I’m an optimist but I will admit watching one too many Terminator reruns keeps the question at the top of my mind. I do wonder—do you?—what such machines are designed to do and how that will affect us, individually and collectively.

All of the most disruptive technologies are like this. I believe it’s up to us. We have to let our scientists, engineers, and government know in no uncertain terms the kind of future we want to see.

Boston Dynamics has a number of military projects. Their client list includes the US Army, Navy, and Marine Corps, plus DARPA. This makes total sense. The military budget is our country’s largest bucket for funding innovation. (Hmm…that’s something we could change.)

What happens when Spot needs to go outside?

The Boston Dynamics site says they combine analytical thinking with “boots in the mud” practicality. To create the kind of future we all want to live in, peaceful applications and legislation need to step it up and take the war out of what wows us. Let’s get our boots out of the mud and up onto the high road. Spot won’t be trotting his stuff in the lab much longer. Are you ready to walk him?

Talk it out in Google docs
Previous

Jane Wu Brower's Goalposte: Play in the big leagues
Next