CEO and Co-founder Rosanna Myers Talks about her Passion – Robotics

Last year, Robotics Business Review named Carbon Robotics one of the top 50 companies in robotics, alongside Alphabet, Amazon and DJI. CEO and co-founder Rosanna Myers says it’s because her company is making significant progress solving one of the biggest challenges. They... 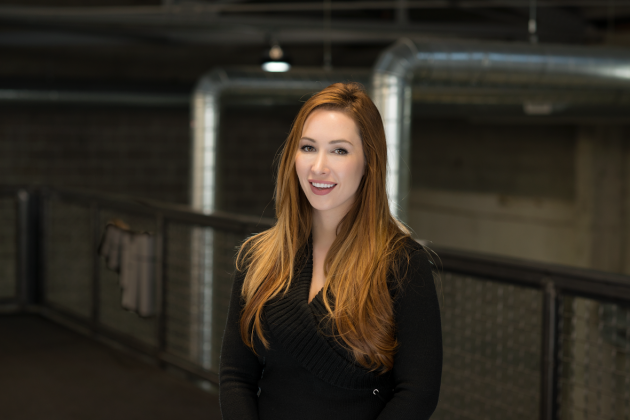 Last year, Robotics Business Review named Carbon Robotics one of the top 50 companies in robotics, alongside Alphabet, Amazon and DJI. CEO and co-founder Rosanna Myers says it’s because her company is making significant progress solving one of the biggest challenges. They are making robotic arms that are easy to program and affordable enough for small to mid size manufacturers.

“When we started the company, we were told it couldn’t be done,” she said. She and her co-founder Dan Corkum, who met as undergraduates at Duke, instead chose to walk through the assumptions. The company came out of their university work in North Carolina.

“Impossible is a mindset,” she says. “Too often, the answers we got weren’t at all based on physics, they were based on precedent – which is a really important distinction.”

The team turned their frustration into fuel. “We spent months essentially living in factories, cut off from friends and family, going component by component to figure out what was viable. It took a little clever and a lot of care, but we eventually pulled it off.”

Their new robotic arm costs ten times less to deploy than any other arm on the market. It can manage loads of up to two kilograms. Even better? A non-roboticist can set it up in hours, not weeks.

“What matters is what’s useful. People often get caught up solving problems that no one really has. At Carbon, we spend a lot of time bringing it back to basic questions like who is the person using the tool? What do they really need? Are they empowered by what we’re building?”

Rosanna Myers is leading the way

“Today, 90% of manufacturing tasks that could be automated are still done by hand,” says Rosanna. ‘Unless you’ve set up an assembly line, you don’t realize how difficult and expensive it is. The arm alone costs $30K to over $100K, which doesn’t include tooling, setting up the safety cell, and especially not programming tasks – which can be 3-4x as much as the hardware.”

Today, Rosanna Myers, Dan and their company are part of the vanguard of new American manufacturing. Carbon is working on mass producing an arm that is strong enough to do real work. It will be safe enough to detect collisions before they happen. Moreover,  it will be smart enough to automatically handle much of the tedious task setup.

“Intelligence is key,” says Rosanna. “We’ve taken a process that normally involves several weeks of expensive contractors and compressed it into something anyone can do in a couple hours. We’re giving manufacturers unprecedented flexibility and the means to dramatically scale their businesses.”

I asked Rosanna to project forward, past Carbon Robotics, into the general future of robots. “I believe advancing robotics is essential to creating a happier and more just world. We have massive challenges on the horizon – by 2050, 16% of the world’s population will be over 65 and we already have a shortage of caregivers. Medical research is still largely done by hand and we have big problems with repeatability. And these are just the obvious ones – there will be thousands of new applications as software developers become robotic developers.”

Startup School: Free, Online, and the Best Education for your Startup
Next