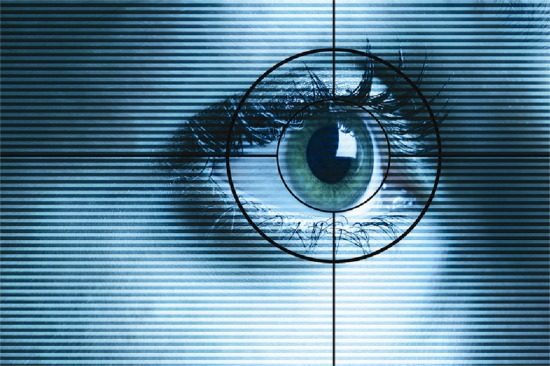 Consider the plight of your average camera-equipped computer, like your laptop, phone, or security camera. It might want to be smart, but for its lenses to really learn, it has to have access to a learning system—a neural network or artificial intelligence.

Many of these systems are shared in the cloud. Transferring big visuals and patterns back and forth—it’s just not fast enough for real time visual intelligence. Now, thanks to a new product released recently by Movidius, camera-enabled computers can be locally empowered with intelligent visual processing. On a USB stick. It doesn’t need to be cooled, barely uses energy, and learns locally. Since it’s local, it’s also more private than cloud-stored images.

Says CEO Remi El-Ouazzane, “The reason we have introduced the Fathom Neural Compute Stick is that it allows a much wider segment of companies, researchers, and hardware hackers to be able to implement machine learning without needing to be a multibillion-dollar OEM device manufacturer.”

AI on the cheap

In case creating AI isn’t your day job, the kind of chips needed to run these systems have typically been large, hot, heavy, and expensive—as in, you would have to manufacture your own equipment. (Like these robots.) That’s expensive. USB sticks are not.

“Ultimately,” says Remi, “embedded is always going to be the superior option if you have the time, resources, and know-how to do it, but we are really excited about Fathom for all those other segments.”

In the first half of this year, Movidius announced Google, DJI, and FLIR as customers for their new visual processing systems. Their technology hails from Dublin, where Movidius was founded—and is still the home of crucial R&D teams. Co-founder Sean Mitchell serves as Chief Operations Officer and co-founder Dr. David Moloney is the CTO. “Dublin is a great hub for drawing on the excellent talent that can be found all across the EU when it comes to deep learning.”

Movidius’ second office is in Romania. “Timisoara, where our Romanian offices are based, is an excellent source of talent coming straight out of University in fields of robotics, computer vision, and IC design,” Remi says.

“More and more of our devices are benefiting from the ability to ‘see’ the world around them,” says Remi. “Myriad 2 is extremely well suited to this. Ever since Google selected us in their first ever 3D sensing phone back in 2014, Movidius is breaking through milestones in terms of commercial success.” The company ships its millionth Myriad 2 chip this quarter.

When I pushed Remi on just how far this could go, I teased him by asking if his AI-on-a-stick could help devices like Amazon’s Alexa recognize faces. (If the Amazon Echo, a gateway device to Amazon’s shopping mecca, knew that a five-year-old was in charge of the shopping list, changes could be made!)

Remi surprised me by saying, “Myriad 2 could absolutely do things like facial recognition in devices similar to things like Alexa. The algorithms are there, it’s just a matter of bringing the compute off the cloud and putting it onto the device, which is great for privacy, and for reducing things like battery draw and latency.”

He went on to offer, “How about a drone that hovers around your summer barbeque and knows to snap photos when it notices a group of people all laughing? Or perhaps a home security system that unlocks the front door when your child gets home from school? These kind of high levels of situational awareness can be achieved now.”

Movidius is ten years old. It just got a $40 million Series E last month to continue to build its vision of the future—which is a pretty bold one. Remi, who remarked that he is inspired by his father, a Tunisian entrepreneur, says, “we are genuinely building a sustainable business with profitable growth as a core component. We did not take any short cuts.” He says the intention is to go IPO in the coming years. “There’s nothing preventing Movidius from becoming to embedded AI what Intel has been to PC computing or Qualcomm to mobile computing.”

You should know these founders
Previous

3 Foolproof Steps for Working with the Fortune 500
Next