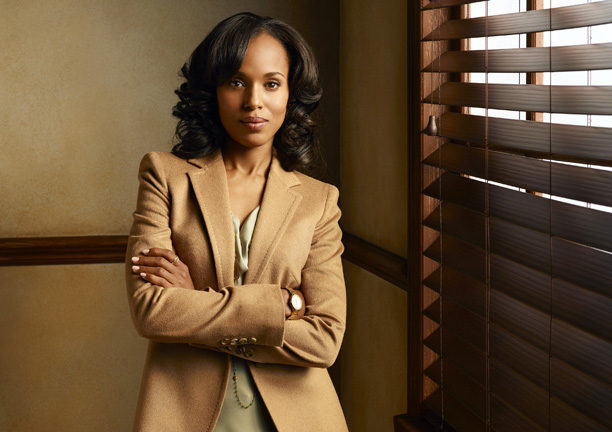 Interview tips for women entrepreneurs: what would Olivia do?

Don't let journalists dominate your interviews. Here's how you take charge of your personal brand with media.

Last night I wasn’t watching Scandal–I was catching up on news videos at Wall Street Journal, looking particularly at women executives and CEOs on camera. Video is becoming increasingly popular and inexpensive to produce, so learning to ace the video interview with compelling power moves is a skill all executives need. Popular shows likeScandal underscore just how pervasive the need to monitor and shape your perception is becoming not just for “stars,” but also for high level business, political and government leaders. Female entrepreneurs in particular are culturally trained to be more submissive in these situations, and can come across poorly.

Here’s how we can fix it.

Let’s channel our inner Olivia Pope to address some of the most common media faux pas of female entrepreneurs.

Here’s what female entrepreneurs shouldn’t do

Watch Carol Bartz, former CEO of Yahoo, to see an example of poor media management on video in real life:

2)   Don’t tilt your head low. What would Olivia say? Don’t do this because it is a sign of lower rank and submission. Hold your head parallel with the ground, even at the chin—not high, not low.

3)   Don’t rush yourself. From the first question, which Carol answers with a  couple of umm’s, she is not giving herself time to answer. This comes across as submissive and potentially “scared” instead of strong. I could suspect that Carol simply wants to answer the journalist’s questions and is doing her best to “provide” on demand. But she does it at the sacrifice of her personal brand. Pause and take the breath you need to gather your thoughts.

Carol can do better, by the way—watch her here when she’s in a more dominant mode (not waiting on the journalist or playing to the journalist as much):

Here’s what female entrepreneurs should do on camera

Here’s an example of what you should do on video interviewers: Watch Denise Morrison, CEO of Campbell Soup.

What did she do right?

1)   Do tell stories. Denise had a couple stories “primed” for this. And she got on camera, looked the camera in the lens, and spoke her piece. If you watch Scandal, by the way, you’ll notice Olivia Pope and her team are always focused on the believable story–not just what the truth is, but which of many truths can be packaged into something an audience will buy. Think about that in your own reality, with its often conflicting truths. Every story worth telling has several sides to it. Which of them is best to tell right now? Is there an authentic narrative you feel good about owning, maybe one in particular that showcases a point of view that could help you find potential partners, employees or profits? Figure that out before the camera is in your face.

2)   Do keep talking. In the video, Denise wasn’t asked about goal-setting, was she?  But she wanted to talk about this and so she kept talking straight through, not allowing the journalist to interrupt her with a further question. The person who does the most talking often appears to be the biggest authority. Denise handles this well. This is a huge point–go to a camera with a message, and let nothing get between you and that lens in delivering it.

3)   Do look at the camera.  Looking closely at the interviewer allows them to read you closely, and interrupt easily. Looking at the camera connects you to the camera person and the audience, and puts you more in charge of your experience. The interviewer is “shut out.”

Let’s put it all together with a third and final video—Julie Steinberg on FIN being interviewed on Mean Street.

What do you think Olivia would say to this? When we watch this, we see Julie playing directly to her interviewer, and allowing him to dominate the interview. Her submissive behavior includes asking the interviewer to teach her how to play golf. The bold and admittedly arrogant interviewer talks over her—and she allows that. In fact, she speeds up to try to “get a word in edgewise.”

What could you do in this tough situation?

1)   Slow down. Julie speeds up, and that makes her seem flightier. Her great content is literally blurred by her speed of delivery. Listen to how the interviewer speaks two to three times as slowly as Julie does.

2)   Don’t allow the journalist to run the interview. Julie is the expert here. When the interviewer takes the question in another direction, interrupt and redirect. You’re the expert.

3)   Don’t let the journalist frame the story. The frame—or context—of the story is negotiable. As the person being interviewed, if you’re a leader, you have to frame the debate. That means your worldview dominates.

4)   Don’t ask the journalist questions. Julie asks, Are you a good golfer? I assume she’s trying to turn the interview around and take control, but question-asking is a passive-aggressive way to do that. The right approach is to reframe. For example, the journalist asks, “If you were a male CEO…”

Dumb question, right? Julie is a great journalist, and neither a male NOR a CEO. So to call “bullshit” on the journalist is one of the best ways to reframe.  Take over—and deliver your message.  You can do that by saying, “Great question, but what’s even more relevant is…”

5)   Never forget the audience behind the camera. When you are on camera, like Julie, it can be tempting to speak TO the interviewer, which she does. But your audience  (often millions) is behind the lens. Speak to them. By looking INTO the lens, and through the camera, you remind yourself of your real audience.

Allie O'Connell: on danger and decisiveness
Next