How to Make Money In Media: Meet Jessica Lessin & The Information 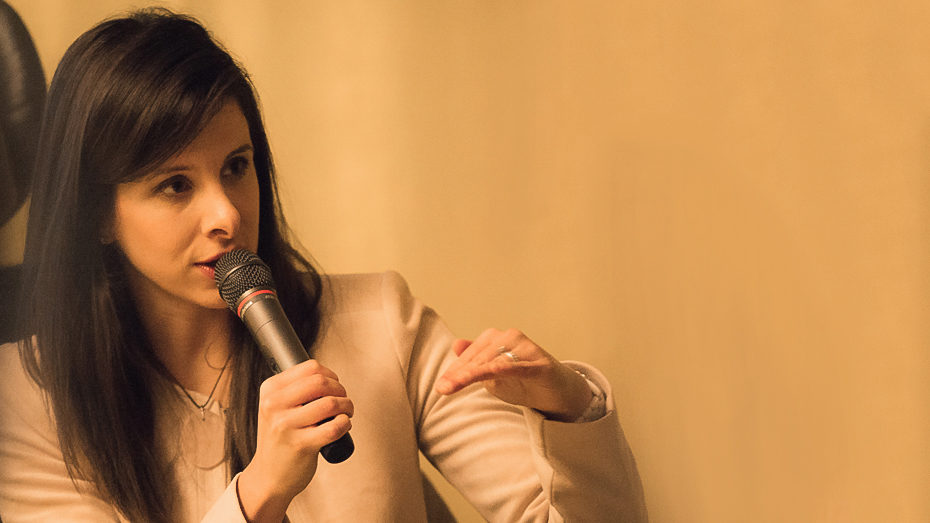 Newspapers around the world are scrambling to stay profitable in the internet era of free information. Newsrooms are shrinking, advertising revenues are nose-diving and traditional media outlets are struggling to find a solution innovative enough to stay afloat. Coming from the traditional journalism background of The Wall Street Journal, Jessica Lessin saw an opportunity to modernize and capitalize. To test her hypothesis, she founded The Information in 2013, and just a few years in, her model is proving successful.

With such a grandiose name, The Information set out to be an essential resource for a niche crowd. Focusing on the start-up and technology fields with extensive reporting, Lessin shocked the media by putting up a pay-wall from day one. It was a bold move, and here we break down how she sustained that move with new media strategies.

Lessin was clear about her goals and direction: “When I left the Wall Street Journal after eight years as a tech reporter, I wanted to build the next Wall Street Journal with a much more efficient business model and around technology.” She had been working within the technology field but saw a lack of the thorough reporting it deserved. Lessin was aware that her audience would be much narrower than that of The Wall Street Journal. Yet, this thoughtful selection of an underserved and valuable audience crafted a profitable niche for her product.

Not just anyone could start a successful business in this niche. Her company was built on her hard work and her hard-earned reputation as a technology reporter. She extended the same requirements to her staff, selecting top-tier journalists with strong skills and instincts. This model is allowing her to go against unfortunate media trends. “As an industry, we’ve turned out head on talent. I’m proud that at The Information, we’re hiring faster than any of our competitors.” By selling access to breaking stories and top-level in-depth analysis, the content is bringing the business. It’s certainly not easy, but when done right, it makes good business sense.

Offer a Subscription from Day 1

In the process of starting The Information, Lessin went back to the drawing board for her business model. This essential step allowed her to take a fresh look at the financing strategy, without being tied to the failing ones currently in play. “I thought: what is the ultimate business model?” recalls Lessin. “It’s having a differentiated product with great news that other people don’t have.  It’s having an audience that’s you’re very focused on reaching.  […] And an alignment where your business scales in proportion to delivering value to that audience. And that is a pure and simple a subscription business.”

When The Information launched, social media had a field day. The idea of a premium subscription service was laughable to many in the industry. However, she fought through the noise and stuck to her plan of producing valuable content for a niche audience. Lessin knew that her model was disruptive, and many peers wouldn’t understand its potential. In what is traditionally known as mass media, The Information went small. When asked about the question of scale, she states, “I think conventional wisdom around that is wrong. We are small but focused and have insanely loyal very high-quality subscribers.”

While partnerships and connections are an important aspect of tech media, Lessin doesn’t waste time on one-way trades. “We’re really disciplined. Is it helping our goals? Yes? Invest more,” she states. “Don’t worry about being a name on a press release that some tech company wants to make with a bunch of media brands.” She has to be thoughtful as to where resources are allocated. The subscription model requires a small staff, at least initially, and their time has to be spent on the key output: content.

The Information is changing the way people view news companies. In Lessin’s view, “the media industry doesn’t have a business model problem, it has a value proposition problem.” The value proposition she offers is building a loyal audience and a profitable company. While she’s tight-lipped on numbers, she revealed at The Information 2017 Subscriber Summit: “Three years in, I”m happy to support, things are going well. Subscribers have doubled in the past 12 months.” She’s proving her critics wrong while blazing a new path in modern media.

Hear more of what Jessica Lessin shares with her subscribers in her keynote address:

What Are Venture Capital Investors Really Saying About Female Entrepreneurs?
Next