Their companies range from editing DNA to virtual reality to the forefront of genetics and what's next for manufacturing. 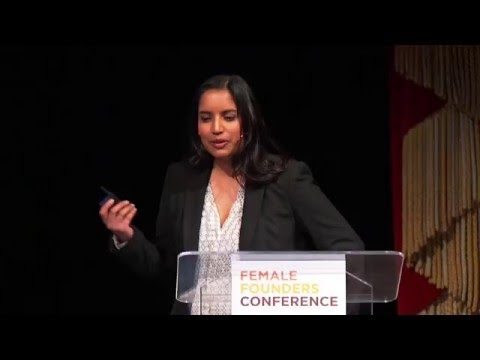 Last year, the top-ranked female founders for raising venture capital included Sunrun, which IPO’d last year. This year, one of the top startups with a female founder has already had an IPO (Editas). I asked the analysts at Pitchbook to help me take a data-driven look at the landscape around female founders. These female founders can be found on the venture frontier,  defining it with bold visions that range from inspired finance to practical virtual reality to the forefront of genetics and what’s next for manufacturing. See which trends you spot in this ranking of women who’ve raised hundreds of millions in venture capital in the past 12 months:

Atlanta-based Kathryn Petralia and her team have raised almost $240 million. Kabbage is a unicorn startup that helps small businesses get working capital. They’ve distributed around $2 billion in capital to their 80,000-plus customers. I highlightedKathryn’s story earlier this year.

Jennifer Doudna invented a new technology called CRISPR that edits DNA “like you edit a Word document,” she explains. A member of the five-scientist team that raised $220 million–a significant haul for an early stage technology not even in clinical trials–Jennifer’s story was covered in detail by Kimberly Weisul earlier this year.

Because one of her co-founders is contending the patent on her work (she submitted earlier but he had his application fast-tracked), Jennifer left Editas. Since then, emails have come out that the speedy-filing scientist, a guy named Zhang, was following her work closely and apparently about six months behind. You can learn more about the status of the patent dispute in this recent article in Fierce Biotech. Editas went public shortly after raising that capital.

While certainly going through struggles on several fronts with Theranos, Elizabeth Holmes is still a top performer in fundraising in the past 12 months. Theranos investor Tim Draper was recently quoted by CNNMoney as positive on the value of Theranos: “If the government officials act fairly and allow this new technology to develop and improve, the company is worth way more than $9 billion. The world is watching. Women are watching. Young innovators are watching. I hope our government does the right thing.” Holmes recently broke her long silence in this interview below.

With more than $151 million raised to develop a platform for bioengineering, Reshma Shetty says, “This next century is where we learn how to design biology-programming.”

Shetty intends Gingko Bioworks to be the Intel for biology. Paired with this bold vision is her humble, thorough approach. “The thing that best qualifies you for starting a company is if you can live on small enough money,” she says with a smile. Then, “the most important thing you should think about if you’re going to start a company is, what is your mission?” Gingko‘s mission is to make biology easier to engineer.

She didn’t start raising money until years after starting the firm, because, “When most people pitch an investor, you don’t necessarily know what the product is–and you change course. We deliberately waited until we had a clear picture of where we’re going and we had traction with customers.”

5. Amy Pressman, co-founder with her husband of Medallia.

Amy Pressman has raised more than $150 million to help companies “see through their customers’ eyes.” The customer-feedback-and-experience company is a leader in its field.

This trio is working on growing new, healthy tissue for people suffering from disease with a tissue-engineering company that’s raised $150 million. “I would hope one day our engineered blood vessels could be implanted into patients. I hope one day engineered lungs will be able to help patients with several lung diseases–although I think that’s decades away.” Hear Yale scientist Niklason speak below about Humacyte’s vision.

Inspiring female founder, biologist and serial entrepreneur Linda Avey has raised $115.74 million to help you own insights into your personal data. Questions like, Does my diet really trigger my migraines? Do I sleep better if I cut out caffeine completely or can I still drink a cup or two? Should I be doing more weight-resistance exercise? Do I really need any of those thousands of supplements they sell at GNC? Does a gluten-free diet lower my stress and/or inflammation? You can try the Curious platform today, which uses big data and healthcare data to bring medical insights down to earth. Before founding Curious, Avey was co-founder at 23&M3, also on this list.

As co-founder of one of the world’s largest emerging enterprise virtual reality companies, Gaia Dempsey believes the future of sharing information lies in mastering augmented reality. The company’s projects help workers in industry see the data associated with physical structures. Dempsey has raised $115 million so far. This vision has attracted industrial customers from the bleeding edge, like Hyperloop, to the traditional, like Siemens. She discusses it below.

Anne Wojcicki has raised $115 million to help people like you and me understand our DNA, including our ancestry and potential disease profiles. “The idea that people are actually empowered to get their own health information” is the founding vision, she says. More than a million people have used her kits, and drug companies are now starting to use the data she’s mined to help create drugs faster. She recently spoke with Forbes about the challenges and successes of her entrepreneurial journey.

This was originally published in my column at Inc. Magazine.

Want to be a Great Mentor? Do These 3 Things
Next