One billion users and $52 million raised say she can. 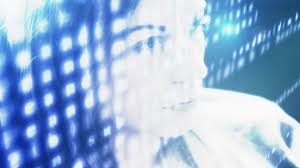 Mada Seghete feels your pain. She’s founder at Branch Metrics, one of the forerunners in the art of app discovery. She works with co-founders Alex, Mike, and Dmitri. “I love what I do because ultimately it helps other app developers solve the problems I faced as a developer,” she says: “Like, how can I build a referral system for my app? How can I build sharing? How can I understand who is inviting who? Where all my installs are coming from?”

Apps like HomeAway, Pinterest, Buzzfeed are using Branch Metrics rise above the noise. And the best part for app developers—Branch Metrics is free.

Solving their own problem

In 2013, Mada, Mike, and Alex built an app for a Stanford grad school project—Kindred Photobooks.

“We spent our summer between first and second year building a mobile app. It was featured in Best New Apps by Apple and Best Apps of 2013 by Google,” she says.

Even so, Kindred’s user-family didn’t grow as fast as they had hoped. Mada, who led marketing then as she leads it today at Branch Metrics, “struggled to understand where our installs were coming from, or to build organic growth features into our app.”

A little over a year ago, Mada says she and the team had an epiphany. “We realized the potential deep links had if they were used by every app on the market. We then decided to sell our app business, Kindred, and started to focus on Branch. “We decided to take all the struggles we faced as app developers and build a solution for them—that’s how Branch was born. Now we have nearly 6,000 apps using the Branch SDK with hundreds more joining every week.”

From banging heads to a billion users

Today, Branch.IO powers deep linking for a billion users—up from “just” six million a year ago.

Her favorite quote is from her co-founder Alex. He says, “just keep building—keep trying until something sticks.”

Branch’s approach is working and the growing team now numbers fifty. “A team of 50 means incredible talent and the ability to move so much faster and do so much more,” says Mada. “For example, a year ago we started a mobile growth group in San Francisco. I was able to grow it to 1000 members in the first few months. With a larger team, they took on the initiative and expanded it internationally to a group with over 10,000 members in 37 locations.”

“The glue is how different we are and how we are each able to bring very different skills and perspectives to the table, while at the same time we really respect each other’s opinion and have the same values. In the early days of Kindred, we went through some tough times, spending sleepless nights reviewing and fixing photobooks to make sure our customers had the best experience possible. We brought that passion for giving our customers great experiences to Branch, as we did our obsession with executing fast and being transparent in everything we do.”

Her goal is that over time, Branch will become synonymous with mobile deep linking. “As we look towards the future, we feel it’s our job to start building future products on top of the database of deep links being created. Our fundamental goal is to connect app users with relevant app content.”

Sakara's Tingle and Duboise: what the good life looks like
Previous

Why You're Being Rejected
Next