If you're easily offended, don't read this. 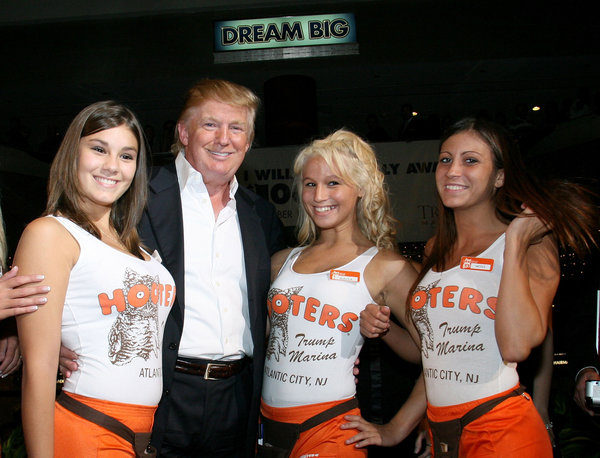 As reported by The New York Times, a Republican PAC has funded a new ad where women repeat Trump’s words about women:

Simple, blunt and direct: Mr. Trump is a misogynist.

Mr. Trump has indeed said all of these things, and more. Some of the doozies are older quotes but there’s no reason to believe Trump has changed his spots—and these are his spots on women:

“It’s certainly not groundbreaking news that the early victories by the women on ‘The Apprentice’ were, to a very large extent, dependent on their sex appeal.” —How To Get Rich, 2004

“You know, it really doesn’t matter what the media writes as long as you’ve got a young and beautiful piece of a**” (Esquire, 1999).
“The most difficult aspect of the prenuptial agreement… There are basically three types of women and reactions. One is the good woman who very much loves her future husband, solely for himself, but refuses to sign the agreement on principle. I fully understand this, but the man should take a pass anyway and find someone else. The other is the calculating woman who refuses to sign the prenuptial agreement because she is expecting to take advantage of the poor, unsuspecting sucker she’s got in her grasp. There is also the woman who will openly and quickly sign a prenuptial agreement in order to make a quick hit and take the money given to her.” —Trump: The Art of the Comeback, 1997

“That must be a pretty picture, you dropping to your knees” (The Apprentice, 2007). 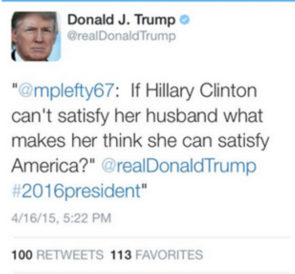 “Women have one of the great acts of all time. The smart ones act very feminine and needy, but inside they are real killers. The person who came up with the expression ‘the weaker sex’ was either very naive or had to be kidding. I have seen women manipulate men with just a twitch of their eye—or perhaps another body part.” —Trump: The Art of the Comeback, 1997

Please let Mr. Trump know your response at the polls.

Why Goldman Sachs Seeks Another 100,000 Women Entrepreneurs
Next