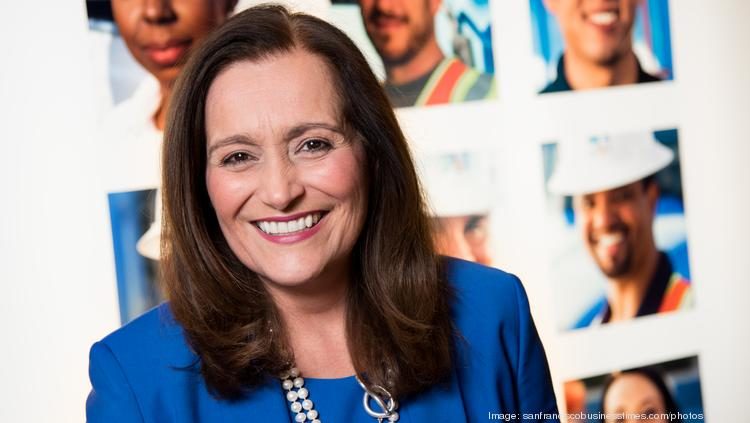 Fortune first compiled its annual list of the top 500 enterprises in America in 1955. In 2017, the Fortune 500 hosts the largest number of female CEOs in the list’s history. This fact might seem like a natural trend, the number of Fortune 500 women executives has increased by over 50% compared to last year, going from 21 women CEO’s to 32 this year.

There is still a lot of work to be done, as 32 out of 500 does make for great statistics. However, eleven new women being added to the top ranking jobs at the highest earning companies is something to celebrate. Meet the five highest-ranking new additions to the 2017 Fortune 500 List: 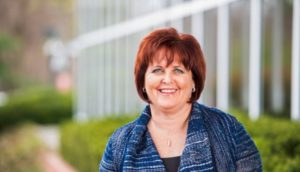 When General Electric decided to get out of the banking business, CEO Margaret Keane led Synchrony Financial during its transition out. As the long-time financial services business became an independent company, it landed on the Forbes 500 list and became the most valuable US bank run by a woman.

Keane has come a long way from a Citibank call center employee. While completing her education, she worked her way up the corporate ladder, until being recruited to GE. There, she would ultimately take over the branch that would become Synchrony Financial. Her down-to-earth style led her to successful compromises during the recession and to grow a loyal following amongst her employees. Being in limited female company in the C-suite of financial services, Keane sees it as her responsibility to elevate more women to leadership roles. She established a number of employee programs for professional development, which include sharing her own personal advice and challenges.

While working as an engineer in Florida, her boss and mentor asked her about her plans. As a Latina woman and an immigrant, she had plans but admittedly not very lofty ones. Her mentor pushed, “Geisha, someone has to run this place. Why not you?”. This encouragement launched Williams into her career in operations and then executive leadership of energy companies. When she became CEO of PG&E, one California’s biggest providers, she became the first Hispanic female to make the Fortune 500 list. She focused on the company’s shift to renewables, ahead of the ambitious Californian clean energy regulations. While maintaining safety and aging infrastructure as priorities, William’s forward-thinking style will continue to modernize the 112-year-old company. 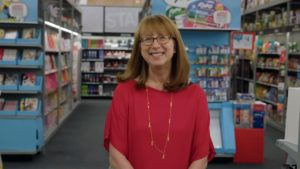 2016 was a big year for Shira Goodman. She moved from Staple’s President of North American Operations to acting CEO while the company launched a search for their new chief executive. She took on the interim role in a difficult time when a major merger with Office Depot was shot down by the courts. With a steady hand and capable leadership, the board chose Goodman to take on the role full-time.

There have been tough decisions, including the sale of their European division, and closures in light of the changing market and failed merger. Now, she is using her two-decades of experience with the company and mentorship from past executives to steer the company towards a modern path. She is focusing on the significant segment of SME with the launch of a revised business supply delivery system and on the rise of independent workers with a coworking space all inside the Staples brand. 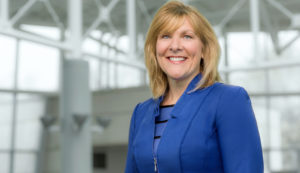 Tricia Griffith took over the reigns of Progressive, one of the largest automobile insurers in the US last year, after following a career path of dedication and hard-work. Griffith started out with the company almost 30 years ago as a Claims Representative. With commitment and business smarts, she gained experience in multiple segments of the business. Her roles ranged from the external Customer Service and Claims to internal Human Resources. With this range of experience and continuing her education at the Wharton School of Business, she had a deep knowledge of the industry and became a leader within the organization. Her experiential leadership will continue Progressive’s expansion to home insurance. 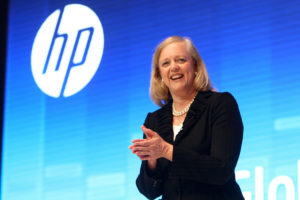 The top-ranking new addition to the list this year is Margaret Cushing “Meg” Whitman as the CEO of the newly minted Hewlett Packard Entreprise. Yes, this listing as Whitman is new due to the innovative thinking of its CEO. She saw the importance of being fast and lean as HP’s core technology areas were in rapidly changing markets. She made the decision to divide the Silicon Valley company into its two major business areas, creating two new companies for the Fortune list. (HPE is followed closely by its parallel company HP Inc. ranking at #61).

Coming from an Ivy League education, she brought executive-level experience from companies such as Walt Disney, Proctor & Gamble, and most interestingly eBay during its boom of the 2000’s. While technically Whitman isn’t a new addition to the Fortune 500, her business savvy and bold moves with the company division earn her a spot on our Top 5 list.

The Top 5 new female CEO’s of the Fortune 500 come from a range of backgrounds. Their stories are each unique and important. However, they can be tied together with the themes of loyalty, hard-work and modern innovations in their respective fields. These qualities have earned them spots on the most important list for American executives.

Learn more about one of these five impressive stories with Fortune’s feature on Geisha William:

Media for a Market Gap: Building The Establishment
Previous

Bags with a Silver Lining: Jamie Lewis's Entrepreneurial Journey
Next