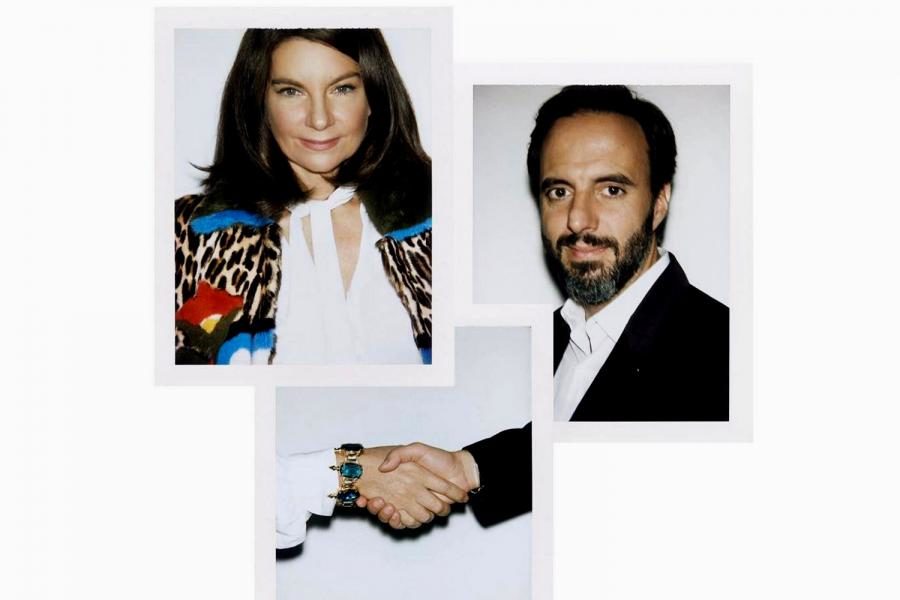 Natalie Massenet is a pioneer who brought high-fashion online. After leaving the company she founded, Net-A-Porter, in 2015, many wondered where she would end up next. Early this year, she announced she would join a new-generation fashion start-up. Her transition offers valuable lessons for female founders.

The Journey of a Female Founder

She left her journalism career to launch an online business. Its goal was simple: to enable customers to click on an item in an online fashion magazine and buy it.

It’s hard to imagine now, but when Massenet was pitching her e-commerce business in early 2000’s, people were skeptical. It came on the heels of the dot-com crash and the concept was new for luxury goods. She gathered early funds and key designers to launch, and the business grew quickly.

In 2015, Net-A-Porter was sold to Yoox, its largest competitor. When Massenet stepped down just after the announcement, there was plenty of speculation as to why and what happened behind the scenes. With new information and the news of Massenet’s next steps, there are lessons to be learned from her significant career transition.

Don’t Have Founder’s Remorse (a.k.a. fight for your baby)

A 2016 Business of Fashion article revealed the more complicated story behind the Net-a-Porter and Yoox merger. Richemont, an early investor which eventually acquired the company, had been planning the sale to Yoox for months. The sale went on without CEO Massenet’s knowledge until a shocking 15-minute meeting. Richemont informed her of the sale at a valuation much lower than management’s own.

After this fateful meeting, a reeling Massenet revealed the news to her original investor, Carmen Busquets. Massenet knew the value of her business and understood its continued potential as a standalone business. As the founder, she knew she had to fight for her business. She deftly prepared a management buy out plan as an alternative. She rallied Busquets and other key investors in the last maneuver to save her company.

Don’t Have Founder’s Syndrome (a.k.a know when to let go)

Unfortunately, Richemont flatly refused the buyout. Having given it her best shot, Massenet then directed her time to the legal battle to define Net-a-Porter’s proper valuation. Though the merger would go through, she, as founder and CEO, would ensure that she would receive the value to which she was entitled.

Massenet had accepted the merger. While it must have been difficult, she moved forward knowing that she had put up a good fight. For the benefit of her company, she put on a brave face and gracefully assisted in the announcement.

Take the Time to Reflect

The process of combining the companies began in 2015. After a tumultuous year and coming to significant birthday, Massenet celebrated her 50th by taking a vacation in Italy. During this time, she reflected on her business, the merger, and her career.

In the fast-paced world of entrepreneurship and executive decisions, there can be little time to look back. This process is essential, especially at times of major change. It proved valuable to Massenet who make a surprising decision.  She decided to leave Net-a-Porter.

After the announcement in late 2015, she left the fashion world wondering. Where would Massenet go next? Where would she choose to offer her skills? Who would be lucky enough to have her on board? Again offering time for reflection (with perhaps a non-compete and hopefully a little relaxation!), Massenet took 18 months off from business ventures.

Earlier this year, Massenet announced she would be joining Farfetch as a non-executive Co-Chair. Farfetch, a competitor to the new Yoox Net-a-Porter Group, is disrupting high-fashion e-commerce. Using APIs, the company allows consumers to shop in hundreds of boutiques on one platform.

In her Instagram announcement, Massenet praises Farfetch’s combination of high-tech and high-fashion. Having founded a ground-breaking business, she knows the importance of the next big thing.

Massenet is quickly adding value to the company by bringing her industry know-how and prized contact book. She has already announced key strategic partnerships with Condé Nast and JD.com. Using her female founder experience, she is adding value to the next generation fashion company.

Over the past couple years, Massenet has gone through a huge founder transition. She was leading a multi-billion dollar company, fought to buy it back, accepted the change, reflected on her role, and is now bringing her entrepreneurial expertise to a new company.

Each of these steps required business acumen, skilled negotiation, and humility. Massenet balanced the fight for the company she founded with the grace of business acceptance. Her move to a Farfetch and recent work shows that the entrepreneurial spirit doesn’t dampen due to a merger. Female founders will always continue to build businesses.

How to Innovate Within: Steffi Czerny's Modern 'Magazine'
Next