The $18B Cox instinct for innovation strikes again. Deadline May 8! 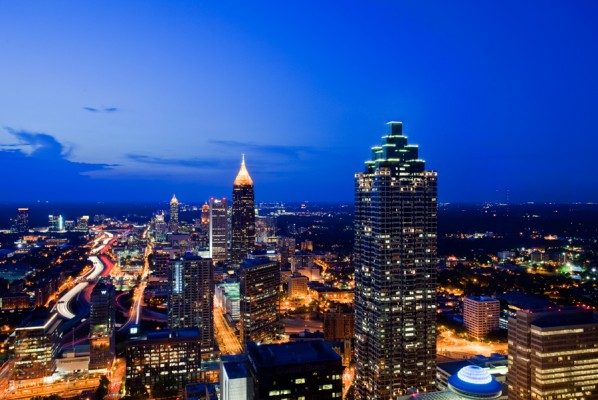 Recently, Techstars launched “for real” in the ATL, naming its first managing director: entrepreneur Michael Cohn. Michael is most famous for Cloud Sherpas, a multi-national cloud services company he co-founded. It was acquired by Accenture last year, after it grew to 1,100 employees.

More major startup action is moving in and into Atlanta thanks to the powerful synergies of Techstars, arguably the most successful global startup accelerator program in the world; Michael Cohn, an acknowledged authority in cloud services; and privately-held $18 billion Cox Enterprises, a family business where the founder legacy is alive and well.

David Brown, TechStars founder, puts it this way: “Techstars and Cox are focused on galvanizing the local startup community in the entire southeast region of the US.”

“Unlike other corporate sponsored programs in the Techstars network,” says Michael, “Cox has not mandated a specific industry or technology focus for our program. In doing so, they’ve given us the opportunity to construct one of the most diverse programs within the Techstars ecosystem. This is what I’m most excited about—to build a diverse Techstars program in our diverse city.”

What Cox, Techstars, Cohn and the instinct for innovation means

To understand Cox, their partnership with TechStars, and the selection of Cohn, take a look at the Cox founder’s back story. Cox was created by entrepreneur James M. Cox. As a three-term governor of Ohio, in 1920 he ran confidently for President of the United States with running-mate Franklin Delano Roosevelt. He lost that battle.

He dedicated himself to winning the war. That’s how the Cox legacy of out-competing itself crystallized. He went back to his family’s newspaper firm, founded in 1898, where business was good. He pushed to make it great. James turned Cox into one of the largest privately held companies in the world.

Becoming your own best competition

Today Cox, at about $18 B in revenue, has over 55,000 employees. “Instead of fighting the competition, we become the competition,” says Elizabeth Olmstead, a senior manager at Cox. In the early days of Cox, then a newspaper company, it noticed radio was stealing the attention of its readers. So it started taking profits from the newspaper business and bought radio stations. When TV started stealing audience from radio, Cox bought cable companies. Today, it’s the nation’s third largest cable provider.

When Cox saw classified ad revenue was leaving newspapers because people were advertising their own cars for sale online, Cox created Autotrader. Today, Cox has sold over 100 million cars through its Manheim subsidiary. It also owns Kelley Bluebook. (Future hint: they are the only local television station that has the government approval to use drones.)

To those who know him, Michael fits right in. He is a tough competitor. He says, “Techstars excites me because it provides a platform for me to do the things I love doing on a much larger scale, and with the support of a world-class organization. Our team will aim to attract and coach entrepreneurs from around the globe, not just from our city.”

Michael says, “When I founded Cloud Sherpas in 2008 in Atlanta, there was a lot of chatter online about a certain company that had recently relocated to Silicon Valley for lack of funding prospects in Atlanta. Much has changed. While there is still an early-stage funding gap, it’s closing. Today we have entrepreneurs like Jon Hallett, David Cummings, Paul Judge, and others that are reinvesting in the community. It’s this compounding effect of reinvesting time and money into the community and into founders over generations that has made Silicon Valley so special. I believe we’re on our way, and that Techstars Atlanta, in partnership with Cox, will accelerate this trend.”

Applications are open through May 8. Get in there and learn to out-compete yourself early.

This article originally appeared on Inc.com.