Insights from venture capitalist Cheryl Cheng: investing outside the valley

Cheryl Cheng, Partner Blue Run Ventures, is a rare female venture capitalist—and she loves it. She builds early stage mobile startups and runs the Blue Run portfolio development program. Find out why Cheryl loves being a female VC, what she's... 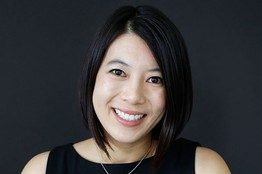 Love the work or hate the work?

I LOVE my work most days.  I get to support entrepreneurs in their journey and quest to change the world with their technology and ideas.

Why Charleston and Dig South this year?

I like to get out of the Silicon Valley bubble and see how people are thinking about solving problems.  I’ve never been to Charleston and I wish I had more time to visit the old sites.  I was a huge fan of Gone with the Wind. 🙂

How did you become a VC?

I went to Stanford for undergrad intent on becoming a lawyer.  I took my LSATs and wrote my essays but never applied.  Instead, I went into investment banking and venture capital.  I left the Bay for business school (Kellogg at Northwestern) but came right back.   I have an amazing husband without whom I could never do what I do.

Tweet this!  I also have two kids (almost 8 and almost 6) who have taught me more about life than anyone else.

What’s on your home screen? 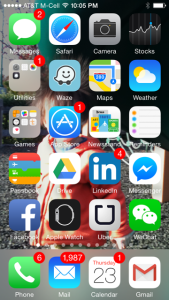 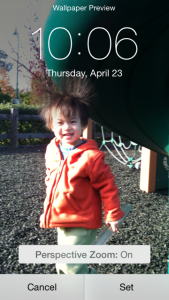 My home screen is a bit boring.  I’m pressed for time and need to stay in touch with everyone so it’s filled with communication apps and Waze (to help me get where I need faster).

My wallpaper is a picture of my son when he was younger.  I love it because there is no greater joy in my life than my kids.

Talk about being kept on your toes!

A good bowl of ramen noodles.  I love going to ramen bars in any city.

Why did you become a VC?

My first tour of duty in venture capital was when I was 23. 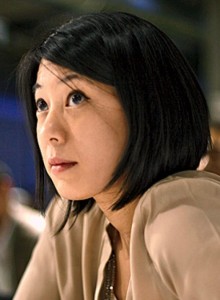 I joined a firm that my investment bank acquired and helped to open the west coast office.  It was an incredibly frustrating role for me.  I did not have any operating experience to bring to my investments and I quickly realized it was difficult to be an effective investor.

After business school, I went to Clorox for a general management and brand marketing role.  It was the furthest thing from tech and venture and I loved it.   I honestly never thought I would come back to venture.

When I had my son, the commute to Oakland became too taxing even though Clorox was incredible about giving me a flexible work schedule.

I came back to venture in 2008 when I had the opportunity to join BlueRun Ventures, which is in the town I live in, in more of an operating capacity.  I had much more perspective after being at Clorox on how to run a business, how to bring products to market, and how to manage teams.

I much more enjoy building companies.

BlueRun gave me a very unique opportunity to focus on that aspect of being a VC.

What’s your favorite exit or start up spotting story?

In my portfolio, Waze is an incredible story.

Tweet this!  We found them in Israel and met them in Barcelona and helped moved the company to the U.S. In the context of DIG however, I am fascinated by Lolly Wolly Doodle and I would love to meet the founder of that!

What does it take to “recruit” a fab woman VC such as yourself?

I don’t think you just recruit a fabulous woman in venture.

Venture capitalists have to be nurtured and trained because it is both an art and a science.  You have to have a good mentor and champion within your firm, whether you’re a man or a woman.  It also takes a long time to prove that someone is a good VC—often like 9-10 years.  That’s a long time to stay in a role and slog it out and it’s critical to have a culture that fosters that kind of development.

What makes the Southeast stand out for you for investment?

It’s a double edged sword when you think of areas outside of the Silicon Valley.

Tweet this!  The Silicon Valley ethos is unique . . . that blend of competition, collaboration, and concentration of talent.  Plus, Silicon Valley has a lot of tribal knowledge from generations of technology innovation.

However, regions like the southeast are interesting because entrepreneurs are driven to solve some real world problems.  We are investors in a company called Kabbage which is based in Atlanta.  They were started in the last financial downturn as a response to helping small businesses get access to credit and lines of capital.  That’s a real problem for many businesses and a big part of the economy.

I  like startups that creatively build their business in capital constrained environments.  Silicon Valley startups are awash with money.

I much prefer the entrepreneur with the grit and creativity to build their business even in the absence of lots of venture money.

Catch up with Cheryl Cheng on Twitter @CherylTamCheng, at Blue Run Ventures, or this week, at Dig South.

Sharing the Dream: Grace Belangia
Next