Prehistory: where are the women and kids?

Men hunt, women tend camp, and children are archaeologically invisible. How suburban. How middle-class American. And how wrong. 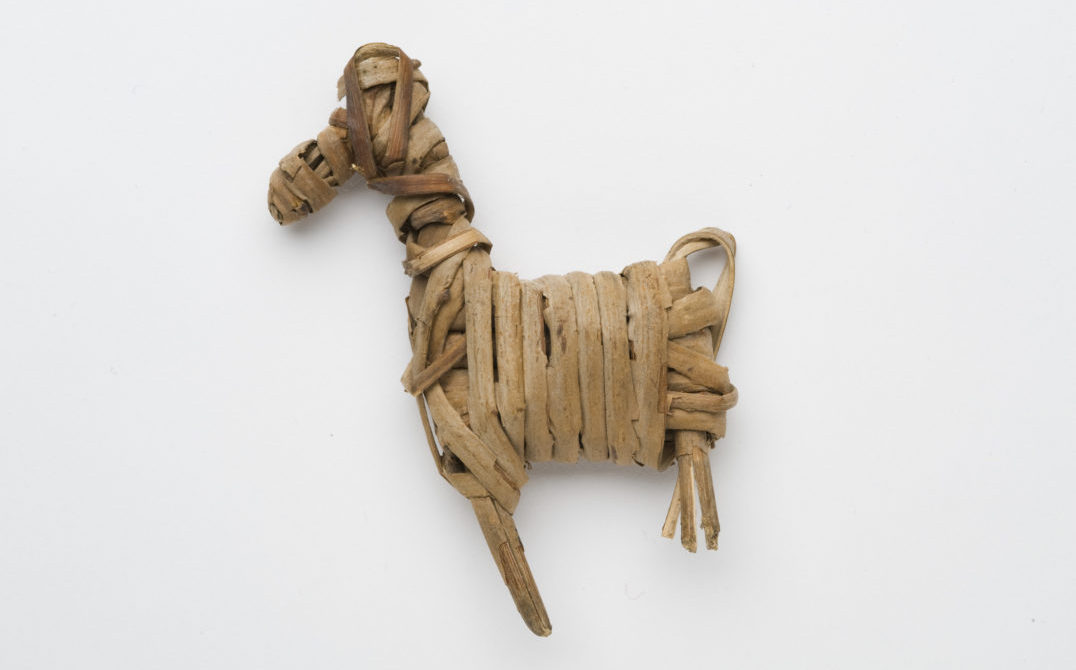 The differential preservation of perishable versus nonperishable materials in the archaeological record means that many Stone Age societies appear, on the basis of artifacts alone, to have greatly emphasized stone technologies at the expense of perishable technologies. Such differential preservation conveniently informed and reinforced mid-20th-century “Man the Hunter” interpretations of Stone Age cultures: Men hunt, women tend camp, and children are archaeologically invisible. How suburban. How middle-class American. And how wrong.

Artifacts made of perishable plant and animal remains, such as clothing, shoes, nets, baskets, and many toys, are rarely well-preserved, and therefore not very well-understood.

With the women’s liberation movement of the 1960s, the remarkable emphasis on “Man the Hunter” drove scholars to examine “Woman the Gatherer,” belatedly documenting the significant contributions women make in all societies. Ethnographic research revealed that gathered foodstuffs often are more important than hunting, not less, because they provide more predictable and reliable sources of calories than hunting, particularly of big game. Other research indicates that strict, Western-style divisions of labor are far from the norm and certainly aren’t universal. While one cannot deny that divisions and specializations exist, people in all societies tend to come together to do what needs to be done at any given moment; people pitch in when and as needed.

The prevalence of stone artifacts in the archaeological record, such as this Clovis point from the Dent site in Colorado, has led archaeologists to overemphasize presumably male activities, like hunting. (Credit: DMNS/A448.2)

I have long been troubled by archaeological research on Paleoindian North America, where Clovis, Folsom, and other projectile-point styles, dating from about 13,000 to 9,000 years ago, are analyzed as if no other technologies existed. Part of this emphasis on projectile points is a function of preservation—whereas kill sites, hunting camps, bones, and stone tools are reasonably well-preserved across the American West, Paleoindian campsites are rare, and perishable remains (e.g., nets, baskets, clothing, shoes, etc.) are even rarer.

This situation is purely a result of differential preservation and should not be over-interpreted. Indeed, the fact that an over-reliance on the interpretation of stone tools still exists today is especially troublesome since archaeologist Joan Gero, one of the pioneers and leaders in gender archaeology, pointed out decades ago that stone tools and their manufacture are decidedly not the exclusive purview of men.

Regardless of gender, there is also a functional argument here: Clovis points are not just effective as lance tips; they are equally if not more effective as hafted knife blades. But if hafts and handles are not well-preserved, we often default to interpretations that emphasize violence and dominance (i.e., hunting, not processing).

The same circular reasoning often holds true for the interpretation of Archaic Period sites, dating from roughly 9,000 to about 1,000 years ago, depending on location. As a function of differential preservation, most Archaic sites have an abundance of stone tools; very few have perishable remains. Which brings us to a remarkable object.

The Denver Museum of Nature & Science (DMNS) curates a remarkably well-preserved and beautiful split-twig figurine of a four-legged mammal, probably a deer or bighorn sheep. It was donated to the museum in 1966 after having been collected in (probably) the 1930s at Dolores Cave, a perpetually dry site located on the Western Slope of Colorado, not far from Gunnison. Radiocarbon dated at 4,500 years old, it is the oldest-known and eastern-most example of an artifact style found in dry cave environments across the American West.

What was this figurine used for? What does it mean?

For all we know, hundreds if not thousands of these figurines were once present in Archaic Period campsites but did not survive the millennia in open-air environments.

More than two decades ago, while I was still a graduate student, I asked archaeologist Margaret Conkey if I should study gender archaeology. Her answer stopped me physically, startled me politically, and inspired me analytically. Of course you should, she said—after all, “we know that women and children existed in prehistory.” Indeed.

Perhaps the Dolores Cave figurine is simply a child’s toy. There’s a tacit glory in that, for it facilitates a more holistic view of ancient society and privileges the universal need for children to play.

Atlanta unicorn? Here's what she has to tell you about money, startups and mentors.
Next