You should know these founders

From Birchbox to BlogHer—13 female tech founders of big-dollar startups focused on women, built by women. 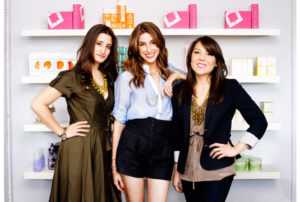 Harvard graduates Katia Beauchamp and Hayley Barna founded this monthly beauty-box subscription service in 2010, leveraging $1.4m in seed funding, and another $10.5 in Series A the following year. In 2014, Series B funding yielded $60m more. The company has more than 1m subscribers and is valued at over $500m. Katia is the storyteller in the triumvirate: her day-to-day consists of building relationships with beauty and lifestyle brands, telling the story of Birchbox to the media, and paving the path for Birchbox’s future partnerships with aplomb. Hayley’s in charge of logistics: on any given day at Birchbox HQ, you can find her poring over numbers in Excel spreadsheets, solving logistical snafus, and dreaming up new ways to help our customers get the most out of Birchbox. Mollie’s the language person: a former magazine editor, she has a slight obsession with em-dashes and parentheticals and spends too much time geeking out over integrating content and commerce. 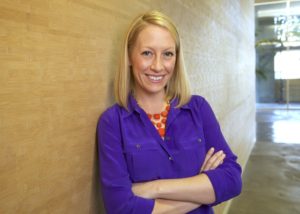 Co-founder with her husband of Eventbrite, an online live event organizational site, Julia Hartz has revolutionized event planning. Eventbrite has generated more than $4b in gross ticket sales for over 200m events worldwide. Hartz has been honored by Inc.com and Forbes, and has continued to revolutionize labor practices through the same mechanisms that make Eventbrite a phenomenon (crowdsourcing, flex-timing, transparency, and radical tech intervention).

Deborah Jackson spent over two decades as an investment banker before becoming an entrepreneur. Before founding Plum Alley, she invested in early stage internet and tech companies along with funds that support promising entrepreneurs, and especially women. She co-founded the mobile tech accelerator JumpThru in 2010. Plum Alley was founded out of Deborah Jackson’s deep desire to see women have a bigger role in founding the companies of the future; she became a champion for women entrepreneurs as a mentor, advisor and investor in numerous companies. Plum Alley has benefitted hundreds of women-founded and gender-balanced companies because of its focus on the economics—more sales revenue from e-commerce, non-equity crowdfunding seed money for projects.

In 2014 Katina Mountanos and Liz Whitman raised Series A round $5m from Bain Capital (put them in company with Rent the Runway and other Bain investments that have made spectacularly good). The money was for Manicube, a startup trying to bring high-end 15-minute manicures right to your office, scheduled, cancelled, and paid for from the convenience of your phone and as inexpensive as your local shop. Available now in NYC, Boston, Chicago, and San Francisco.

Founder and executive director of Code for America, Jennifer Pahlka recently served as the US Deputy Chief Technology Officer in the White House Office of Science and Technology Policy, where she planned and helped found the United States Digital Service. Code for America is designed to revamp the government’s online presence, making it more user-friendly. Code for America helped generate the “civic hacking” movement, which has been instrumental in streamlining government interfaces and processing. Here’s her TED talk.

Lisa Stone co-founded BlogHer in 2005 with Elisa Camahort Page and Jory Des Jardins. Lisa Stone maneuvered BlogHer as an idea for a grassroots conference about and for women to a leading cross-platform media company created with women. It has more than 100m unique visitors monthly. Elisa Camahort Page led the BlogHer conference business, which grew to host more than 5,500 attendees a year Jory Des Jardins, the third co-founder, partnered BlogHer with some of the world’s largest brands. BlogHer’s network of social media and marketing entities is one of the most powerful voices for women today. 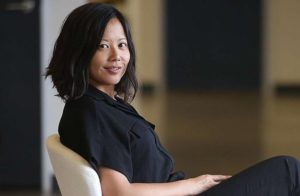 In a declining VC market, Poshmark is an anomaly with its new $25m funding. Tracy Sun was born in Malaysia but grew up in New York, training to be a doctor. Instead, she found her inner fashionista and co-founded Poshmark with Manish Chandra. Poshmark registers a sale every 5 seconds, its 200,000 sellers representing more than 60 fashion brands or about $3m in merchandise uploaded every day. The company is dedicated to diverse hiring and supporting women: its staff is 75% female and Sun herself is credited with “establishing Poshmark as a place where female leaders can thrive,” according to Poshmark’s director of marketing, Kate Franco.

Author of NYT bestseller Financially Fearless and founder of the personal financial planning website for women, Alexa Von Tobel sold LearnVest last year for a reported $250m to Northwestern Mutual. LearnVest is free to use until you want to engage a planner, which costs a modest subscription fee. When it was sold, the product had more than 1.5m users and tens of thousands of users. In 2014 she was selected for membership in the Presidential Ambassadors for Global Entrepreneurship. 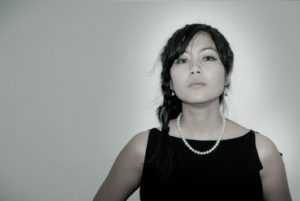 She has the best startup stories ever (“Startup War Stories from Cheryl Yeoh”) and is a serial entrepreneur in tech in Asia. Reclip.It was bought by Walmart in 2013, after which she joined the Malaysian Global Innovation and Creativity Center as CEO. She stepped down from that role in 2015 to pursue other interests (she’s also teaching at Stanford).