Meet the ten most active women angel investors in the country, and find out how these champions of investing are leading a revolution to build tomorrow's great companies. 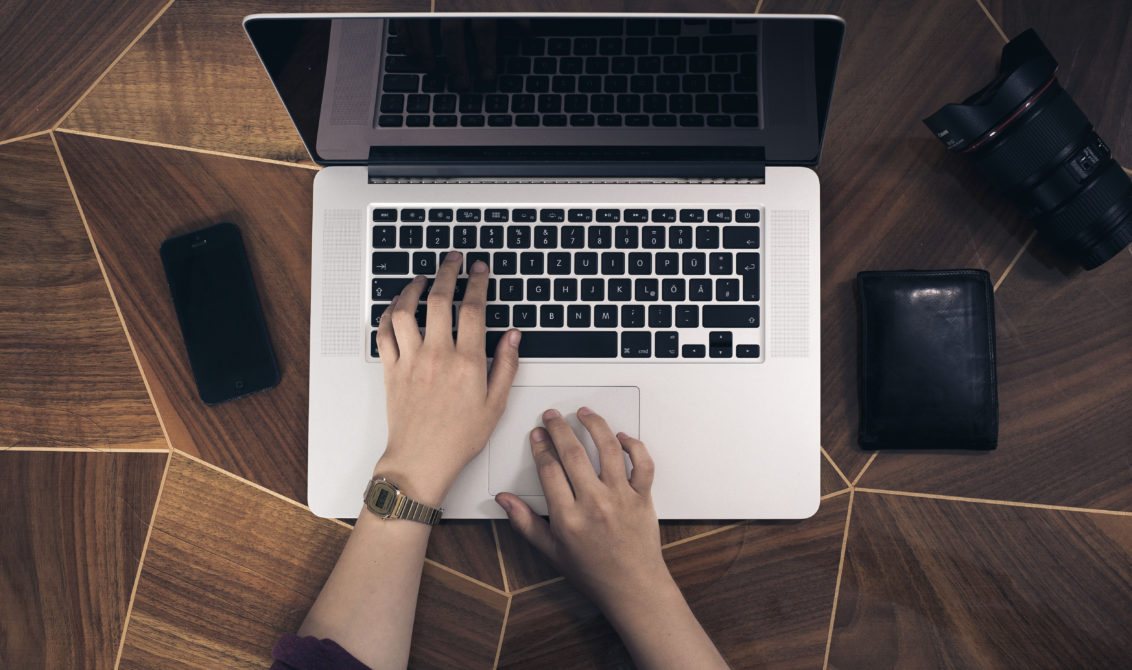 When you’re building your business–especially today’s tech business–you need capital. Magdalena Yesil, the first investor in Salesforce, summarized the challenges of an entrepreneur succinctly when recounting her first venture, which ultimately failed. She said,

“You can have a fantastic idea, you can have a great team, you can have what you believe is a great market opportunity but you can die at the end so none of those are sufficient…what we missed was capital.”Magdalena Yesil

Even when you have all of the important elements for success, capital is key. So how do you get it, as a woman entrepreneur? Well, women start their businesses today with 1/6 the capital men do. Until recently, less than 15% of angel investors in the United States were women. But it’s changing.  Groups like 37 Angels, Plum Alley, Golden Seeds, MergeLane and the Pipeline Fellowship have missions that are dedicated to minimizing the gender gap when it comes to investors. Venture firms like Valor Ventures, Forerunner, CowboyVC, TrueWealth and F Cubed are building on top of women angels to create a venture layer.

The top 10 women angel investors of 2016 come from vastly different backgrounds.  Joanne Wilson, our third profiled investor, explains her beliefs on how women work differently when it comes to investing:

“My feeling is that women like to understand what they’re doing. They don’t want to just follow someone. They ask questions. They want to own it. They want to understand it. To share knowledge and be validated. In that regard, this is an opportunity to do that.”Joanne Wilson

Angela Lee, founder and  CEO of 37 Angels, was asked about her greatest challenges as a female leader. Angela responded,

“I would call it ‘death by 1000 paper cuts’; an accumulation of many small things I noticed that happened, because of my gender.”Angela Lee

Here are the top 10women angels investors of 2016, as ranked by Pitchbook data for activity investing in the last 12 months. 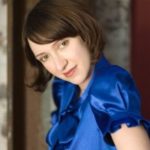 Nominated as Angel Investor of the year at TechCrunch Disrupt SF 2016, Cyan Banister is the leading female angel investor. She has made investments in 37 companies. Cyan has a background in technical leadership positions, but she is a self-taught entrepreneur and engineer. She used to work at IronPort, which was eventually acquired by Cisco, focusing, among other things, on performance for a global client base. Cyan is currently a partner at Founders Fund where she invests across various sectors. She concentrates predominantly on heavily regulated industries, marketplaces, SaaS, and businesses that assist individuals who have basic skills and are looking for work. Her portfolio includes investments in Uber, Thumbtack, SpaceX, EShares, Postmates, and Affirm. She is passionate about the arts and media, especially how science, technology, and history are portrayed in popular media. Her passions have led her to found Zivity and co-found the Signal Media Project. She lives in Half Moon Bay, California. Contact via LinkedIn 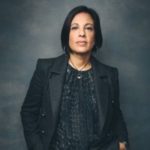 Joanne Wilson, the founder of Gotham Gal Ventures and Co-Founder of Women’s Entrepreneurship Festival, is a New York City enthusiast who, in her own words, “works hard and plays hard.” She started on the media side of technology in the 1990s, and has always had her eye on emerging trends and big pictures. She has invested in over 90 companies, starting with Curbed Media, and she sits on the board of a number of businesses. She believes in the power of angel investing because it is empowering to help founders build their businesses. She believes that angels invest in people, rather than companies. After being in the investing world for years, she realized that oftentimes women had great ideas but limited support compared to men in the startup space, so she made a conscious decision to support the ideas of women more than anything else. The Women’s Entrepreneurship Festival is a community for women entrepreneurs to share, to be seen, and to be heard. Joanne continues to invest, actively blogs about NYC as Gotham Girl, and makes connections wherever she goes. Contact via Blog 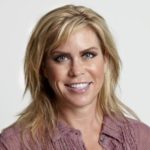 Kimberly Salzer is working to bring faster, more environmentally friendly transportation to cities around the country. She is currently the Chief Marketing Officer at Hyperloop One, a company designing technology and hardware to make autonomous vehicles that move faster than airplanes. Kimberly has invested in a variety of companies. She acts as an advisor to early stage startups. She is interested in high growth potential companies that want to break through their dynamic markets for consumer-facing products and services. Kimberly lives in L.A. and has advised or invested in a number of companies in the area, as well as worked for a many companies like Gifts.com, Linden Lab, and Activison Blizzard. She specializes in strategic planning, marketing strategy and team building. Her wealth of experience in a diverse collection of businesses helps her make angel and seed investments in new ideas and organizations. Contact via LinkedIn 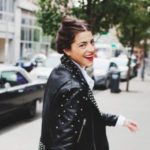 Leandra Medine is one of the youngest female angel investors out there, but she has ample experience in what it means to found your own company. When she graduated from college, she started Man Repeller, an award-winning multimedia business and global community of individuals interested in fashion, style, feminism, beauty, wellness, and much more. She has received numerous awards for her blog, including Blogger of the Year and 25 Best Blogs of 2012 by TIME. Forbes “30 under 30” also twice named her. This entrepreneur has invested in AYR, the womenswear label, reflecting a continuation of her passion to support fashion and lifestyle organizations. Contact via LinkedIn 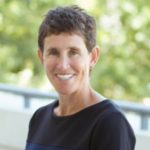 Fern Mandelbaum is an entrepreneur, coach, teacher and investor who currently works at Stanford Graduate School of Business. Her forte is creating and growing technology oriented businesses in consumer Internet, mobile, media and software spaces. She is also the Managing Partner at Vista Venture Partners and is a partner at Monitor Ventures. Her portfolio includes New Vine Logistics, Case Central, WetFeet, NapaStyle, and more. She has made investments in 5 companies, both through Monitor Ventures and her personal investments. Her expertise spans a variety of fields, and because of all her experience, she works a coach for many organizations, including LinkedIn and RelateIQ. Contact via LinkedIn 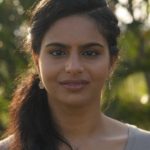 Ruchi Sanghvi is young, accomplished, and driven. She is both an engineer and an angel investor. In 2011, she received the prestigious TechFellows award for engineer leadership at Facebook where she worked as the first female engineer. After her time with Facebook, she cofounded and was CEO of Cove, a collaboration, coordination and communication product for organizations and communities. She then worked as VP of Operations for Dropbox until 2013. She now holds an advisory role for Dropbox as well as other Silicon Valley companies. She has made investments in 8 companies, all of them personal investments. Her investments include cancer drug developer Stemcentrx, workplace collaboration application Asana, and her former employer Dropbox. Contact via Linkedin 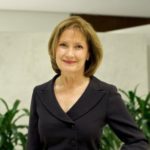 Joan Lamm-Tennant is the CEO of Blue Marble Microinsurance Inc., a corporate entity formed by leading insurance and reinsurance companies that strives to provide insurance for the underserved in developing countries. Joan has ample experience in a variety of insurance and reinsurance companies. Her experience was acknowledged when she earned the 2013 APIW Insurance Woman of the Year. Before her time with Blue Marble, she was the Global Chief Economist and Risk Strategist of Guy Carpenter & Company, LLC, the reinsurance and risk advisory arm of Marsh & McLennon Companies. She specializes in emerging market strategy, enterprising risk management, implementing risk-based decision processes, and many other areas of insurance. She has invested in the insurance startup CoverWallet. Contact via LinkedIn 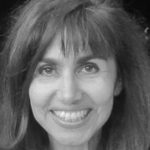 Magdalena Yesil, the founding member of Broadway Angels and founding board member and first investor of Salesforce, has been an early investor in over 30 companies. She has been active in Silicon Valley for over three decades in a variety of roles. Most recently, she worked as a general partner at the venture capital firm US Venture Partners. She also recently joined the Perkins Fund as an Advisor. Her investments are typically in the technology startup sector. Before her investing career, Magdalena worked as an entrepreneur, pioneering the commercialization landscape of the Internet. She founded two successful electronic commerce companies, CyberCash and MarketPay. Her early work with the Internet, helping it move out of the realms of government and university and into commercial domains, earned her the 1997 Entrepreneur of the Year award according to Red Herring magazine. Contact via AngelList 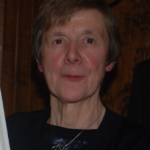 Belgian Annie Vereecken has extensive experience in clinical psychology. She is currently the Co-Founder and Co-Chief Executive of Medhold NV, a private clinical laboratory that analyzes human, industrial, and veterinary medicines in Belgium and the Netherlands. MedHold operates as a subsidiary of Sonic HealthCare Ltd. The Australian company, Sonic Healthcare Ltd., is ranked as #2 worldwide in pathology services. Through MedHold, Annie invested in the Belgian software startup UgenTec. Annie’s specializations are in prenatal diagnosis with an emphasis on screening for Down Syndrome. She holds her degrees as a pharmacist, as well as a degree from the Vlerick Management School in Ghent where she wrote her thesis on the evolution of medical labs in Belgium. Contact via LinkedIn

Joy Aljouny Breaks the Rules as a Woman in Tech
Previous

Rapelang Rabana Explores How We Learn
Next