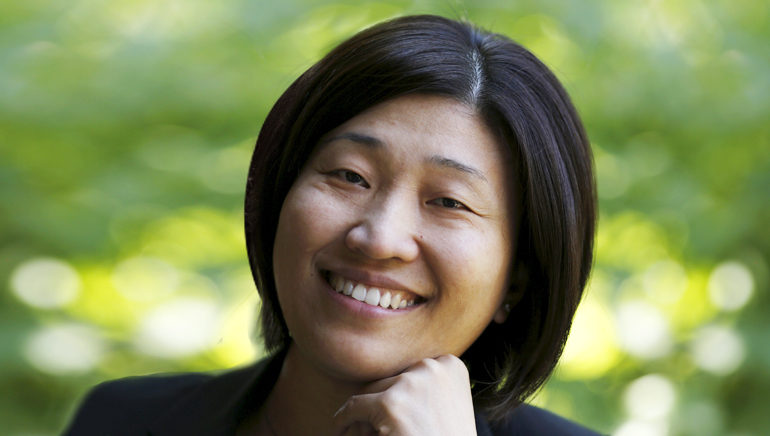 Jenny Lee, managing partner at GGV Capital, is the highest ranking woman on theMidas List, the annual Forbes ranking of top tech investors and venture capitalists. She’s also the first woman to break the “cash ceiling” of the Top 10 on the Midas List.

If you haven’t heard of her before, it’s perhaps because she chose the road less travelled–and that, as Frost puts it, has made all the difference.

Lee’s road led to straight to China with a suitcase of cash in 2005. Her performance as an investor this year ranks her ahead of investor legends Peter Thiel, Mary Meeker, Fred Wilson, and Marc Andreessen.

Here are some of the surprising facts about this venture capitalist, widely regarded as a bold first mover on the China tech scene.

2. She’s an investment evolutionist: her strategies evolve with the evolving market. In other words, she’s a “know it when you see it”-style investor rather than following a narrow thesis.

How to get on her radar

3. She is a particular fan of next generation mobile, cloud and consumer products/solutions.

4. Best chance at getting in touch with her? Help her fill senior positions in China at portfolio companies such as CFO and COO.

5. She sees being a woman venture capitalist as a strength–and so do entrepreneurs.

“I haven’t spent as much time in the U.S., but in China the culture is pretty supportive. If anything, people think that I have an advantage. If ten term sheets are from guys and I’m the only woman, I’m the one that’s usually selected. Women can bring different perspectives when we talk to CEOs and we can offer different angles.”

6. Her opinion is the Chinese tech community is much more open to female venture capitalists than the U.S. is.

7. Her GGV office is in Shanghai.

Her secret recipe for due diligence

8. “Most CEOs are guys. Guys sometimes just want to talk and you need a partner VC who can listen to you and be nonjudgmental and help you through these issues. With me it’s easy. I can be part VC, part lawyer and part psychology counselor. We have to be there. I actually meet with the families [of CEOs]. I talk to the wives and kids. It’s all part of my due diligence.”

9. The first time she saw her “historic” deal around Xiaomi she wasn’t that impressed. It grew on her.

10. Today, Xiaomi is the 4th largest smartphone maker in the world.

12. People she follows include Sramana Mitro and Michael Moritz. Sramana founded One Million by One Million (1M/1M), the world’s first and only global virtual incubator/accelerator, to help a million entrepreneurs globally to reach a million dollars in annual revenue, build $1 trillion in global GDP, and create 10 million jobs. Michael is chair of Sequoia Capital.

13. “Venture is sometimes about looking at the guy in his eyes and seeing his passion and his wanting to win.”

14. She on the Midas List at #10, higher than any woman in the 14 years since rankings by gender have been traced.

17. She has a degree in electrical engineer from Cornell.

18. She earned her MBA at the Kellogg School at Northwestern University.

19. She got her start in aerospace, particularly jet tech, and was a drone engineer.

20. She went to China in 2001 as an investment banker with Morgan Stanley.

22. Of the six managing partners at GGV today, she is the only woman.

23. She opened GGV’s China office the year she joined.

24. She began investing in China with a suitcase of cash–there was no good credit market at the time.

25. She paid her first employee in China in cash, too.

26. She found that term-sheets were not common in China, so she helped create some of the first.

28. For her, talent drives innovation. She has noticed that the talent pool has grown massively in China and believes this is due partly to government efforts in education.

29. One her mantras for founders? Design around the user’s need.

31. Memorable for her? Camping with bears in Kamchatka, Russia.

32. She sees that new business models evolve from traditional ones–and destroy them.

33. Though she sees gender bias in her industry, she believes the success of a business is not gender-driven: passion drives success.

34. She thinks that the answer to the imbalance of women in VC and tech is getting women educated in engineering and investment.

This article was originally published in my column on Inc. Magazine.
See more of what I’m writing for Inc

When are you too old to start a company?
Previous

The Top 10 Female Founders With Venture Backing
Next