Of the $48 billion in venture capital that flowed last year, only 7 percent went to companies with female founders. So who are these top female founders?

It turns out female founders are tough to track, even when you’re looking. Lots of investors are starting to—like the Intel Capital Diversity Fund and First Round Capital, which recently released a report showing that female founders in the same fund outperformed male-only teams by 63 percent. I like putting the faces with the facts—but it isn’t easy. 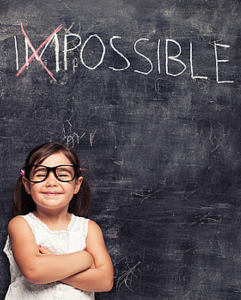 Which women rake in the most venture capital right now?

With the outstanding help of PitchBook data correlated against CrunchBase data, my venture capital firm, Valor, has made a guided guess at who the top venture-backed female founders are. I’m sharing a portion of that list here. Caveat: No one tracks this data perfectly yet, so I’m sure this list isn’t perfectly accurate, despite the outstanding support from PitchBook, CrunchBase, and our analysts. (Updates are welcome!)

See what you can learn from these founders about how to bust out your dreams against the odds. Spot any patterns that apply to you?

Katia Beauchamp and Hayley Barna met at Harvard Business School. They started Birchbox to make product discovery more fun. Now with more than a million subscribers, they just opened their first retail location. Last quarter, venture investing in consumer tech was up 129 percent, according to the MoneyTree Report from PricewaterhouseCoopers LLP (PwC) and the National Venture Capital Association (NVCA)—Birchbox is just one company that’s cashing in on this big trend.

Also capitalizing on opportunity in the tech-enabled consumer product/service sector, Rent the Runway is a tale of two Jennifers with amazing taste and tight budgets. Jennifer Hyman and Jennifer Fleiss also met at Harvard. They realized they could solve a real nightmare for fashion-forward women everywhere: Nothing new to wear! Bain Capital Ventures, Aileen Lee, and others helped them launch with a $1.5 million seed round, according to AngelList. Their latest round, a Series D, was $60 million.

Lynne Laube says, “I spent the first many years of my career trying to act like all the men around me. I would dress conservatively and talk about football.” She also spent the first couple decades of her career building innovation at Bank One and Capital One Bank before raising $2 million with Scott Grimes to launch Cardlytics in Atlanta. Now, they have a who’s who list of customers that includes 400 financial institutions. The company tracks purchase behavior and history for almost 70 percent of US households. Lynne’s not trying to fit in any more but instead is creating her own pattern. “While I still do those things, I also sometimes wear pink heels and discuss the best place to get a mani/pedi. I have learned to embrace the things that make me who I am and use those in the workplace. 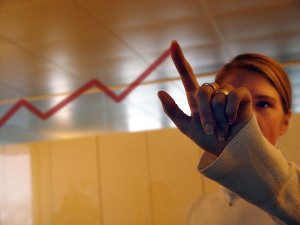 Anne Wojcicki, wearing jeans and sporting a backpack, met co-founder Linda Avey at a social dinner at Linda’s house. They kept having the conversation about what was possible with spit and genome sequencing. A few weeks later, Anne asked Linda at the end of a TED conference in 2006 to just go ahead and do the company—with her. The two were co-presidents for the first three years. Today, 23 & Me has more than one million customers and FDA approval to remarket some of its health reports. In an interview last month with NPR, Anne said, “We started this company…because I believe genetic information will be the foundation for the next way we do healthcare. I really believe we are trying to do things that democratize health for people. What healthcare product of this level of complexity can you say you can get for $100?” 23 & Me has raised $191 million from several investors, including Google, Google Ventures, NEA, Johnson & Johnson, and the National Institutes of Health.

Julia Hartz and her co-founder husband, Kevin Hartz, sat next to each other at a wedding. It must have had an impact. Since then, they founded a company around getting people together and have raised just under $200 million for the “destination app” of events.Today, the global Eventbrite team is proud of providing over $1 billion in ticket sales. They’re also one of the most gender-balanced tech companies to ever come out of the valley, with a staff that’s reported to be about 45 percent female.

Israeli immigrant couple Adi Tartarko and her husband, Alon Cohen, got really frustrated with the lengthy remodel of their 1950s California ranch house. Instead of taking it out on each other, they doubled down on their partnership. They built not only a better house but also a better way for everyone to attack home remodeling challenges—Houzz. Today, it is one of the top 200 sites on the internet. Adi told Maria Shriver that one of her mistakes starting the business was “not realizing that Houzz was a big business early on, which allowed us to focus on creating a great experience and doing something we love and feel passionate about.” 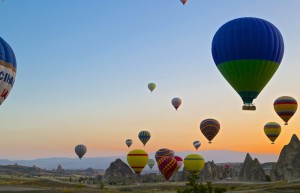 Founded by Alisson Pincus and Susan Feldman, the San Francisco-based company has 130 employees and more than one million subscribers just three years after its founding. Alison met Susan over email. “She and I didn’t know each other before we launched the business. A mutual acquaintance—Lisa Stone, the co-founder of BlogHer—introduced us. There was this unbelievable chemistry. Susie and I both really wanted to change how people bought home and lifestyle products online.” 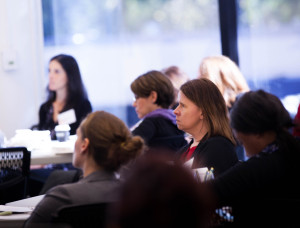 Accel, Sequoia, and US Bancorp are just some of the platinum-plated investors behind Lynne Jurich of Sunrun and her co-founder, Ed Fenster. Her company installs a residential solar system every six minutes. Lynne says, “Our business model is ‘solar as a service’ to consumers.” She met Fenster at Stanford. “It wasn’t one of these scenarios where we spent a ton of time researching scenarios or writing a business plan. We just bid on a project. We didn’t win that deal—but it made us realize there was a market.” Lynne chalks success up to this one secret: “What’s common about the people who do succeed is that they don’t give up. Don’t give up. That’s the secret.”