How to get gender equity in tech VC

Gender equity in VC in tech. We know about it. Here are some ways to fix it. 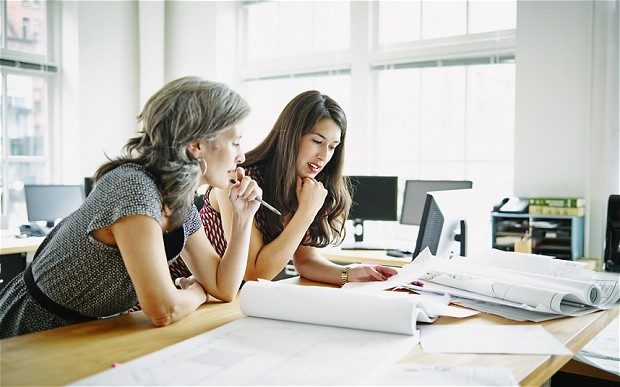 We know how much gender inequity there is in VC. A recent report published by the Wharton School dug down into the data, revealing not just that women-led businesses were throttled, but some of the reasons why and what to do to help.

It’s exactly what you think

Journalists spoke with Katherine Hays, a co-founder and CEO of Vivoom, a venture-backed ad tech startup—her second business, the first being a video game advertising company that sold eventually to Microsoft for something north of $200m. “Male VCs—and obviously most are—are very comfortable now giving female entrepreneurs capital for ‘girl stuff,’” she says. “Want to rent dresses or sell baby wipes as a subscription? No problem. The VCs ask their wives or girlfriends if the idea is cool, and they’re good to go.”

But step out of the stereotype and things get harder. Selling proprietary technologies? Very different. “Sometimes,” Hays says, “I believe if I were a 21-year-old male in a hoodie, Vivoom would be even more appealing to VCs,” she notes.

The anecdote is not just one woman’s experience

Hays’s experience is supported by the data. Wharton’s article reports that a study by the Female Founders Forum recently illustrated just this phenomenon. Of the 200 San Francisco Bay area startups getting Series A funding last year, just 8% were led by women (the year before, that number was closer to 30%). In New York last year, 15% were women-founded companies, about the same as in 2014.

It’s not that the trend in tech startup funding is invisible. We have the anecdotes. We have the data. And as Ethan Mollick, a professor of management at Wharton, says: “There is no easy solution, but there is an “imperative to make progress. We have the advantage of being aware of the problem, and there are good faith efforts on wanting to solve it.”

And we really are aware, generally, of the gender gap in the workplace. Never mind that on average the female worker makes $.79 on the male worker’s dollar (this from reports by the Institute for Women’s Policy Research): according to data collected by Catalyst, women hold only 4% of the CEO positions and just 17% of the seats on boards of S&P 500 firms. In general though nearly 40% of all new businesses in the US are founded by women, only something like 2% to 6% ever get any VC funding at all. As Mollick says, there’s clearly an inequity here—and where there’s inequity, there’s opportunity.

How to make the most of the opportunity

Inequity is partly simply confirmation bias, the “homophily” principle: VC is largely run by white men who sometimes see white men as “like them” in positive ways, and so fund them instead of people “unlike them”—women and people of color, specifically. Part is simply old-school bias against women in business, despite hard data—like that from the Peterson Institute for International Economics, the Washington-based nonprofit, and EY, the audit firm—that correlates women’s participation in the ownership of a business with an at-least 15% increase in profitability.

Some of the difficulty with increasing VC for women is also that women-owned startups can look very different from the kind of business that typically pursues venture capital. They’re smaller, for one thing, and tend to cluster outside tech in slower-growth industries. Another problem is the male-hubris-women-humility effect: men can come across as confident and sure that their successes are their own, while women tend not to attribute their successes to their own efforts. Women tend not just to downplay their role in their successes, but not to take advantage of those successes, too. And they simply ask for money less often. As research from the Kauffman foundation shows, about 80% use their own money to start their businesses.

How, then, to build gender equity in business and particularly in VC? One way is to notice that women are often excluded from powerful mentorship and networks that create success. Laura Huang, a management professor at Wharton, notes that “women entrepreneurs face challenges in getting access to thought-leaders—people who can help them think through problems they may be facing: social capital, intellectual capital, and things that are important in addition to financial capital. When there is a general lower likelihood of gaining access to these things that can give you a slight edge or foot in the door, it starts to accumulate.” What women need are mentors, and that means not only that men need to step up, but that we need more women, too. That means, fundamentally, finding more women entrepreneurs who can serve as mentors and role models for the next generation.

One way to increase the sheer number of women-owned businesses is to educate and train women as business owners. There are too few women in many tech fields, and in business, too: according to one report, just over one in three MBAs nation-wide goes to a woman, and that number’s been stable for 13 years. Wharton’s report recommended mentorship and role models for children and young women in particular, starting girls thinking about entrepreneurship careers as early as possible.

So far, Katherine Hays has raised only seed funding for Vivoom. She says she it’s not discouraging. It’s motivating. “As a woman, you stick out,” she says. “I have a chance to be that success story. I want to be a data point that helps break the pattern.”

For the full article from which this is redacted, click here.

"What I’m doing now? Being a Boss."
Previous

Power-up your business with this awesome resources cache
Next