Accelerators are doing their thing–accelerating new entrepreneurs. Nothing showed that more than a niche–but powerful–report just out from Crunchbase. Gene Teare reported that 70% of the top 10  seed stage investors in women-led companies were accelerators. Y Combinator led the pack with... 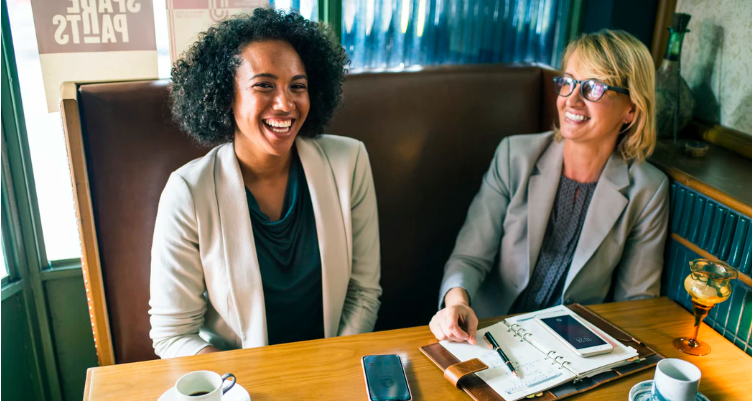 Accelerators are doing their thing–accelerating new entrepreneurs. Nothing showed that more than a niche–but powerful–report just out from Crunchbase. Gene Teare reported that 70% of the top 10  seed stage investors in women-led companies were accelerators.

Y Combinator led the pack with 28.  They were followed by:

The other 3 investors in the top ten have gender-driven investment filters (BBG, XFactor and Brilliant Ventures).

Knowing how to invest in American women may be the economic power move of the era.

Early stage Silicon Valley VC Aileen Lee recently shared, “Women now receive more than half the engineering bachelor’s degrees at schools like MIT and Dartmouth, and make up 49% of computer science majors at Harvey Mudd College, 48% at CMU and 39% at MIT…”

She’s on to something. The sheer number of women-owned businesses leaped 114% over the last 20 years and soars above the national average business growth rate of 44%. Reported by Amex Open last year, women own/operate 39% of all U.S. businesses, although the revenues of those firms are below average in part because they struggle to raise capital.

The struggle to raise capital

So let’s recap. In the U.S., about 39% of all businesses are women-led. Within that, 17% of all tech startups are women-led, according to Crunchbase. So, what percentage of the thousands of annual tech investments, in a normal, rational world, should be made in female founders? Hint: it’s not 3%. But since it is 3%, you have to draw the conclusion that lots of male-led startups are irrationally overfunded.  That over-indexing problem is getting bigger as record levels of capital are spent bailing out those investment decisions with follow-on financings rather than investments in net new innovation.

In the first quarter, Pitchbook/NVCA showed that first financings for entrepreneurs continued its 5-year downward slide. Record levels of venture capital were deployed first quarter–but  20-25% of those investments were in the companies that carry a valuation of a billion or more. 60% of the venture capital invested went to one geography–the West coast. Of the IPOs we celebrated first quarter, American companies cornered just 40%. Marketwatch reports 60% were from foreign companies. American women are spotted more often at the offering table–like Lynne Laube of Cardlytics last quarter and Katrina Lake of Stitchfix in fourth quarter–but numbers like these suggest we have a long road to a fully participating, competitive economy.

The bright spots in entrepreneurship are, and always have been, among emerging entrepreneurs. In the U.S., the fastest-growing pockets of innovation are coming from women, minority and immigrant founders, especially in regions like the Southeast, which attracted 7% of VC deals in the first quarter. That’s why pitch competitions, like Startup Runway which is a regional leader in the Soutehast, has had such success. In the last couple years, the Foundation reports its 20 or so women- and minority-led tech firms have attracted over $15 million dollars. (Applications are open.)

Stepping into the innovation on a national stage are accelerators like YCombinator, SOSV, HAX, and Innovation Works and funds like BBG, X Factor and Brilliant Ventures. The timing is ripe for more smart money to do the math and join them.

This article was first published in Lisa Calhoun’s innovation column on Inc. Magazine.

How Sara Eolin is Reawakening the Commercial Production Sector
Previous