Her first battery company, Boston Power, was a huge success. Her new company, Cadenza Innovation, is an energy Lego-brick for engineers backed with big companies like Chrysler and $5 million in new funding. 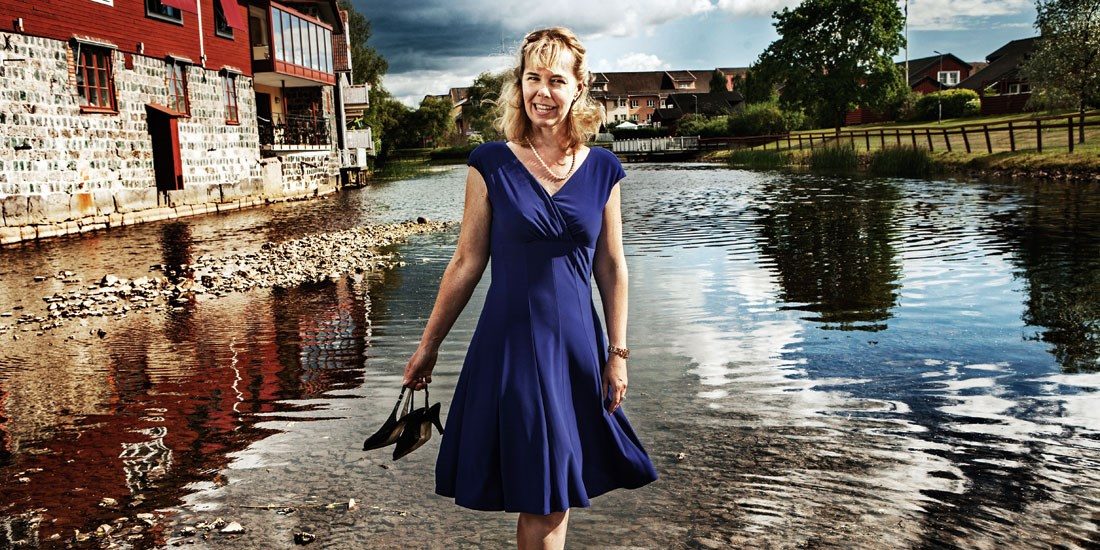 Christina Lampe-Önnerud is a Swedish inventor and entrepreneur. Önnerud is a Ph.D. in inorganic chemistry. In 2005 she founded the battery company Boston Power. After selling Boston Power in 2012 she co-founded Cadenza together with her husband. She is a member of the Royal Swedish Academy of Sciences since 2010.

After four years of research the Swedish ‘Queen of Batteries’ Christina Lampe-Önnerud is unveiling her latest invention.

”It feels like I’ve been preparing for this chapter my whole life. Now I’m putting in all my effort, all my experience and my network into the fight against climate change.” The excitement in Christina Lampe-Önneruds voice is unmistakable. Her new lithium-ion battery, which, thanks to its innovative construction, offers considerably higher effect at a lower cost, while simultaneously being both less spacious and safer than the current solutions on the market.

”If our battery solution is placed in a Tesla it could increase the range of the car by 70% at a lower cost.”

Her first battery company, Boston Power, was a huge success. Her new company, Cadenza Innovation, is an energy Lego-brick for engineers, exactly what she promised in her TED-talk five years ago.

“It’s really a  way to package energy. We’ve been able to place the battery cylinders more densely and put them in a ceramic insert with both ceramic insulation and a fireproof material. We’ve placed this insert in an aluminum container to get optimal cooling. This solution has let us eliminate lots of unnecessary components and gives us more energy per unit of volume. A simple likeness is a Harry Potter book that you can hold in one hand, simple on the outside, but advanced on the inside.”

The battery is mainly developed for transport purposes, like cars, busses and excavators, as well as for use in electricity grids in which an increasing amount of energy is being produced locally from renewable sources.

“By combining that with energy storage so that energy is more evenly distributed over the electricity grid we can completely leave the fossil world behind.”

With more than a dozen patents applied for and four of them already approved, Cadenza Innovation has now completed its first round of external financing, managed by the American early-stage investment firm Golden Seeds. With $5 million in growth capital, Christina Lampe-Önnerud and her team of ten co-workers, including her husband Per Önnerud, can take the next step towards the market and recruit more people.

“I think our solution will be available on the market in two years. But because our business model is built around licenses the end users won’t be aware that our batteries are behind the technology they’re using.”

But it’s not about selling licenses and then letting go. For Christina Lampe-Önnerud it’s important to be there for the customers all the way to the market, in a partnership. Among the companies that Cadenza Innovation is working with today are ABB, Alcoa,  Fiat and Chrysler.

Originally published in Veckans Affarer and written by Jill Bederoff