New indie.vc fund aims to “cut the crap” in venture for female founders and others 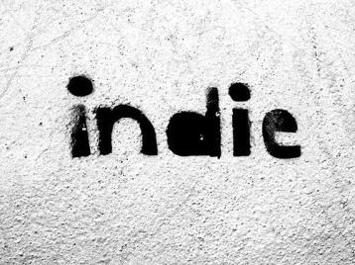 A new fund from O’Reilly Alpha Tech Ventures (OATV) was announced a few weeks ago. indie.vc debuted with a low-key website and a downright revolutionary investment thesis, at least for Silicon Valley:

Big rounds of funding make for great headlines and driving clicks. But most of this capital, and these headlines, are having a dangerous effect on founders and the companies they’re building. It would be no understatement to say that the vast majority of the capital being raised today is done so out of vanity or fear, not need. — @Bryce “The Biggest Misunderstanding About Indie.vc”

In response to questions from “founders [who] are just interested in raising a small amount of money with the intent to raise more from traditional VCs as quickly as possible,” Bryce clarified:

“Indie.vc is not a back-up school for failed attempts at getting into other incubators, accelerators, or a grander catapult to launch you into the world or traditional VC funding. This is intended to be something different.”

I told Bryce “something different” sounded pretty good to me.

Apparently indie.vc is hearing that from a lot of people, especially women. Bryce asked why I thought the announcement had hit such a chord with female founders.

[NOTE: Generalizations are just that. What follows obviously does not apply to every woman and certainly could apply to many men.]

The indie.vc model seems, at first blush, designed to reward and encourage many of the qualities frequently cited as inherent characteristics of women entrepreneurs. For many, that will be a welcome departure from the norm — and potentially quite a lucrative one.

The startup landscape has changed significantly in the past decade: from the rise of the superangel and seed funds, to AngelList syndicates and crowdfunding. Each innovation has lowered barriers to entry. Each new model has created incentives that drive the way companies are built. More people — including women — are starting companies than every before, yet, numbers for women raising VC remain statistically crazy.

How will companies look if the goal is to build for sustainability and organic scale, rather than institutional funding and an exit?

indie.vc is . . . an experiment to see if all the talk of ever-decreasing costs in infrastructure and distribution can lead to more profitable companies and projects scaling on customers and revenue instead of venture capital.

I, for one, am excited to see what they find. I’m hoping to see stats that buck industry trends and beat industry averages, on many scores.

5 Ways to Get More Leads From Speaking
Previous

10 Reasons You Should Apply to WeFestival NOW
Next