Kathy Leake, CEO Qualia, Raised $14.35 Million. Here’s What She Has To Share.

Kathy Leake, CEO of Qualia, keeps it real when it comes to challenges in building great tech companies. Qualia has raised $14.35MM from investors like Verizon and Greycroft. Here's what she has to share. 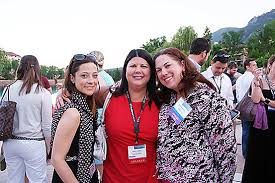 Kathy Leake, CEO of Qualia, has a realistic, mature perspective on technology and her role as founder. Qualia has raised $14.35M in 9 Rounds from 16 Investors. Often, Kathy was pitching. Here’s what she has to share.

Q: What’s it like to be a female executive in the tech space? Are there certain characteristics that have led to your success?

A: It’s lonely. I wish there were more of us!

In terms of a formula for success, I actually think it’s a bunch of different things that all contribute. You have to want to be a builder. You need to be intellectually curious. You need to be resilient, fearless, persistent, determined and passionate. It’s not one of these, it’s all of these together. Plus, it helps to be calm in the face of the storm.

Q: What unique challenges have you faced as a woman in tech and, especially, as a woman leader in tech?

A: Honestly, it’s a challenge sometimes just feeling like you’re alone without many other women to turn to

Tweet this! in similar positions especially in B2B technology. I feel pressure to carry the load forward for the next generation and I want to make it better for them. However, I never fee like it’s a burden. It’s a duty I embrace.

Although I am used to being the only woman in the room, it doesn’t make it easy – whether it’s pitching for capital, at networking events, on panels. It can be very intimidating for a lot of women. And, you don’t know what they’re thinking about you or if what they are saying to you doesn’t come with an additional layer of judgment because you are a woman.

Most men don’t set out to judge women differently. It comes from a combination of subconscious judgments, upbringing, societal pressures, cultural background, etc.

Q: Are there opportunities for you to connect with other females in a similar role?

A: Unfortunately, there aren’t many. There are a few industry wide events but many of the women there aren’t in similar roles as CEO’s of technology companies.

There are a few events I’ve attended recently that have been more promising though–Women Entrepreneurs, Female Founders Fund, to name a couple.

Q: Do have many woman in leadership roles at your company? If so, how has that benefited you?

A: Yes, I do have a number of women in leadership positions. And it has benefited us. Because I feel like we get the best candidates, regardless of whether they’re male or female. We look at candidates without bias, and I’ve ended up with some great female leaders. In the end, having an open mind when hiring regardless of gender has helped me build a team that’s more balanced.

Q: What was it like pitching VC firms as a woman? Were there unique challenges? Opportunities?

A: It’s very intimidating pitching VC’s as a woman–since we pitch to almost all men. Fortunately, for me, I have benefitted in that I work in B2B technology and VC’s tend to know that space well. There are a very few VC’s/strategics that make it a mission to support woman entrepreneurs specifically but I’m lucky enough to be supported by one of them (Verizon Ventures).

Q: What will it be like for the next generation of female leaders? How have you tried to impact their path forward? Do you think it will be easier for them?

A: I think it’s important for them to understand the reality of being a female CEO and to be honest about the challenges involved–at least as things stand today. The only way is to help other women is to be forthright and honest and not put rainbows around it. I haven’t seen much change in the last ten years so I’m not sure how much it will change for next generation. At any rate, what I know for sure is men are key to the solution

Tweet this! . I am fortunate to be supported by many men in my role today – my VC’s, my peers, people I respect in the industry.

Q: Any tips for women looking to follow your lead in the tech industry?

A: I want to give them a realistic view of the industry. It’s not glamorous, but I didn’t get into it to be glamorous. Understand what you are getting into, go for it and don’t listen to people who tell you that you can’t!

So Atlanta Leads the Nation in Tech Gender Pay Gap--Now What?
Previous

Brand Marketing is About Taking Your Customers to School
Next