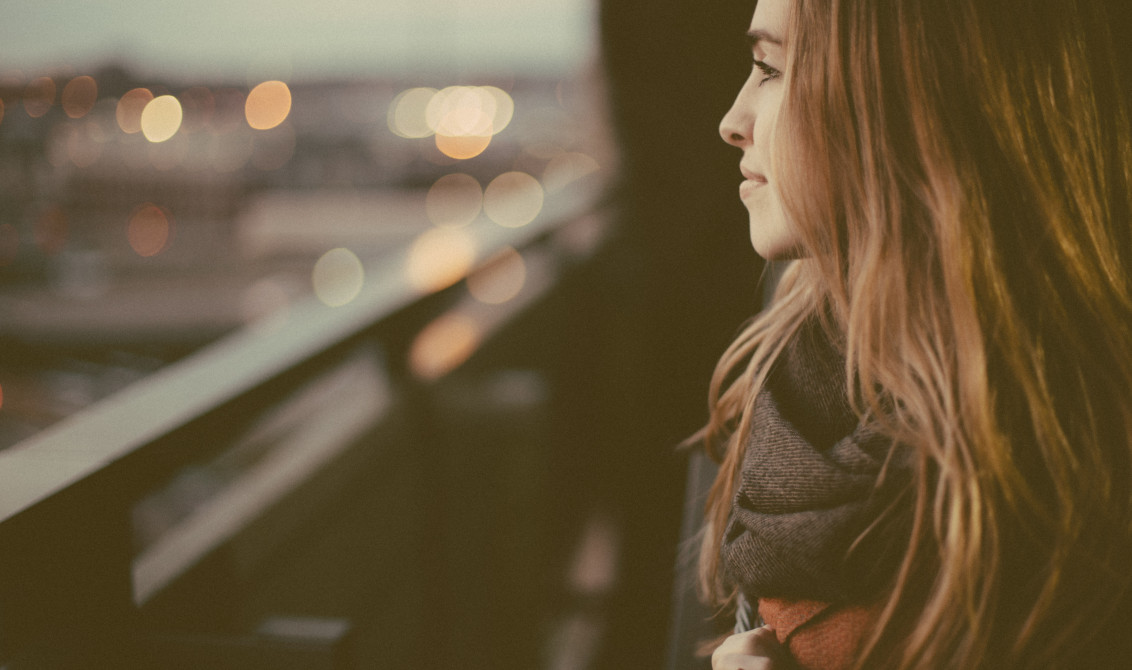 The next time you feel like you can’t take a full breath and be yourself, or even worse, you’re trapped against life’s walls without a way out, I want you to stop. I want you to stop, and consider one simple question.

Answer that question and see if it doesn’t change your perspective.

It did mine. After all, perception is reality. Your perception right now is your reality–but it’s not all of the reality that you can learn to perceive. Perspective is powerful stuff; more powerful than I first realized.

I’ve started to change my own story, and nothing from the outside really helped. It’s inner work.

I used to be the kind of person who feels at home almost everywhere–that was true before and after I started my business. I was proud of this chameleon-like trick, until I realized I was never completely at home, anywhere.

I could act at home volunteering with AIDS patients in college. Taking a skittish horse through a new situation. Learning a new language, which I’ve done at various points for my whole life. Hosting a radio program. Cold-calling door to door in my first “real job.” Writing cover stories for the local weekly back in my 20s.

I had blind skills–and bland opinions. All of that was still no substitute for a homing instinct I didn’t seem to own. I always kept one eye on what I should be doing, saying, thinking, feeling and being. Which meant in part that I wasn’t being at home. At best,  I was acting at home.

I learned to stop looking out outside clues, but it was hard.

In part, it was hard because learning has always been easy. You know what? I learn a lot—but it is always an intellectual grasp. The kind of learning I need  on this topic isn’t academic–it’s ideas right up against experience. In other words, it’s action.

I tried more education, but it failed. Education has given me a lot of gifts, and so I thought it would hold the key to deeper self-understanding. Nope–I only experienced the outside world as larger, and larger With each closer, deeper look, my own ability to gain a sense of mastery or dominance only receded.

In other words, the harder I swam, the further away was the shore.

I believe a lot of female entrepreneurs can relate. We attain success relatively easily, but don’t easily attain a feeling of successfulness sometimes. Is it just that we are a minority in a louder, more dominant culture?

That tiny part of the world where everyone else is wrong but you get it–that’s where the fun stuff comes from!

Read more in my book, How You Rule The World, free on Amazon kindle.

How female entrepreneurs push through fear to power
Previous

Putting on big girl boots
Next