Why Invest in Female Entrepreneurs? To Make Money, says VC

Why invest in women female entrepreneurs? Guest contributing writer and venture capitalist Adam Quinton shares why he invests in women's startups in this provocative article. 12 of his current 14 portfolio companies have at least one female founder. Adam shares... 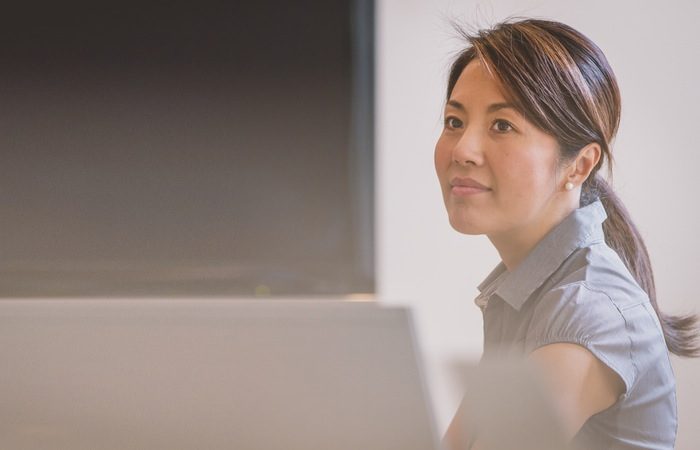 I did an interview with Anne Ravanona recently and we covered a lot of early stage investing ground. Towards the end of the discussion she asked the simple question: “So, why do you invest in women entrepreneurs?” and I gave the simple answer: “I am an investor. I invest to make money. That’s why.” So she pressed me on the logic. I launched into some more detailed thoughts around diversity, pattern recognition, and thought processes as follows (roughly!):

1. To benefit from the power of diversity

Early stage investing is very much a numbers game. So anything that can tilt the odds in your favor seems to me worth pursuing. Diversity is one such factor. The a priori chances of success in any individual angel investment are very low…the vast majority of returns come from no more than 10% of your investments. Hence, I explained to Anne, angel investors look for businesses that can offer say 30X returns not because they are greedy but because unless their 1 of 10 winners wins big they are really just philanthropists! So angels need to grasp that volume/diversification is essential as pointed out in “Angel Investing by the Numbers,” for example. Any they, me included, need to do what they can to beat the long odds.

When it comes to trying to pick the winners, and beating those odds, for me the compelling evidence that gender-diverse teams make better decisions is a very important tilt factor. (See for example the 2011 HBR Article: “What Makes Teams Smarter?”) When it comes to gender diversity—of my 14 current startup investees 12 have at least one female founder.

2. To invest in an under-appreciated opportunity

As I noted to Anne, Warren Buffett and other successful investors seek invest in things other people aren’t investing in. Early money manager (and economist!) John Maynard Keynes put it this way:

My central principle of investment is to go contrary to general opinion, on the ground that, if everyone is agreed about its merits, the investment is inevitably too dear and therefore unattractive.

In an early stage context, the contrarian investor can surely see that women entrepreneurs, more specifically women CEOs, are often under-appreciated when it comes to the investment process. For example, when pitching (more below on that). To my mind there is what economists could call a “market failure” here. So a situation where capital is not appropriately allocated to a set of investment opportunities based on non-rational criteria, in the sense that the level of interest in those opportunities is not appropriately correlated with the chances and degree of success. There are (sadly) plenty of examples of women CEOs describing the differentially tougher challenges they faced when raising early stage capital. See for example the stories of Erika Trautman, Kathryn Minshew, Jules Pieri, and Elizabeth Yin. The male-dominated nature (80% of angels, 94% of VC partners) of early stage capital providers is an obvious issue here.

We politely describe the hurdles non-majority group entrepreneurs face when being assessed by majority group investors as due to “unconscious bias.” Put another way non-majority group entrepreneurs don’t fit the “pattern.” StartUp land loves to talk about “pattern recognition,” but this is where it can #FAIL in my view. Summarizing how pattern recognition impacts diverse founders (aka not young, straight, white male techies), Dave McClure has succinctly framed the issue as follows:

At a deeper level, and in the context of women entrepreneurs, the gendered nature of behaviors (which can encompass all of verbal and non verbal communication as well as appearance) come in to play in my view. Characteristics gendered masculine  (“assertive,” “decisive,” etc) are more commonly associated by both men and women…with leadership. In their HBR article and book: “Women and the Labyrinth of Leadership,” Alice Eagely and Linda Carli summarize this finding, and the so called “double bind,” as follows:

Study after study has affirmed that people associate women and men with different traits and link men with more of the traits that connote leadership.

3. To benefit from Hedgehog vs Fox thinking

While I might be connecting too many dots here, I noted to Anne that some of the issues female founders face remind me of the decision making paradigms laid out by Philip Tetlock in his brilliant book: “Expert Political Judgement.” He classifies thinking styles using Isaiah Berlin’s prototypes of the fox and the hedgehog with his years of study indicating that the fox (the thinker who knows many things) is more successful at predicting the future than the hedgehog (who knows one big thing).

When it comes to the specifics of women start up CEOs pitching their companies, as I mentioned to Anne, I have repeatedly heard “the way we pitch” cited as a particular fund raising challenge. While individual comments aren’t a good basis for generalization the common observations I have personally come across include:

a) Lacking the scale of vision, i.e. not being as bold as the guys: Many women CEOs I have spoken say that they feel were disadvantaged by the way they made the case for their company: i.e. not emphatically calling out the inevitability of their soon to be $1bn business and

b) Leading with too many problems and giving overly detailed answers: Women entrepreneurs (again some, not all) report that they feel they tend to balance positives with more negatives and, perhaps as a result, feel they can give too detailed answers in a pitch context. Result: they deemed less compelling (and hence less likely to get the second meeting) compared to the other six guys the investor saw that day who were all oozing conviction and who hit any question succinctly out of the park!

In what seems to me to be a parallel with the world of what “works” when pitching vs what works for pundits and the media, Philip Tetlock notes the perverse inverse relationship between the best indicators of good judgment and the qualities that the media most prize in pundits. The media loves hedgehogs for their conviction…but they are actually the worst people to have making an expert judgement. And startup founders make multiple expert judgements every day. So maybe women CEOs are the foxes of the pitching world and men disproportionately the hedgehogs!? Hence, just as you are more likely to get an accurate prediction in most any domain from a fox as opposed to a hedgehog, seems to me that CEO foxes are worth extra consideration too.

P. S. Note that in answer to Anne, I did not say it makes sense to invest in female founders either because: a) with women making 80% of purchasing decisions in the economy, having a woman on the founding team ups the chances of bringing relevant expertise/experiences to bear that will enhance product development and sales/market decisions (which it likely will); or b) it’s an issue of “fairness” (which it is). The point being, the investment thesis makes total sense just framed in clinical investment process and organizational decision making terms. Add these further two considerations, and the case is even more powerful.

You can also find me at: @adamquinton

Intel and others seek female founders to boost investment returns
Next