Learn how Margaret Marshall and Rachael Kauffung took a risk and are still reaping the rewards. 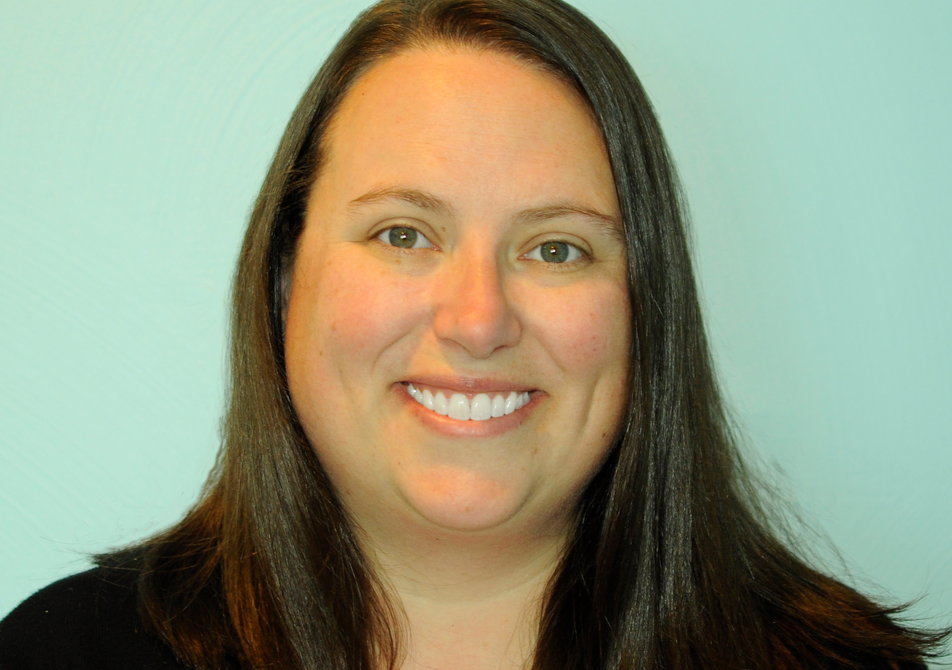 Margaret Marshall and Rachael Kauffung are just two friends who were looking for a way to have some good clean fun without it being at the expense of anyone’s dignity. After doing much research, brainstorming and field testing, the game of Sway was born. With both putting their distinct talents together along with two other partners, they formed Silver Lining Games. Margaret and Rachael have very busy schedules so the featured photo shows Margaret. Follow the interview below to learn what has made them the success they are today.

Margaret: Today is a great day to answer this question. It is Sunday morning and my loving partner made an egg soufflé with oregano, red bell pepper and a super secret spice mix. A light, fresh side of sliced heirloom tomatoes complimented the dish.

Margaret: Pilates is my go-to. I also walk between one and three hours every day, as a mode of transportation and to take in the surroundings.

Rachael: I go through phases of working out very consistently and then not at all – but like Margaret I walk a lot (to work every day and most anywhere that’s 2 miles or less). Lately though, I’ve been on a yoga kick and have been going to 6:30am classes three times a week, which is a big deal because I am NOT a morning person.

What picture is on your phone’s home screen? Share it with us.

Margaret: A picture of my photogenic pup, Timmy. His sweet face is a calming force in my life. Luckily he is usually sitting by my side at work, so I can have some calming furry cuddles to accompany the face. 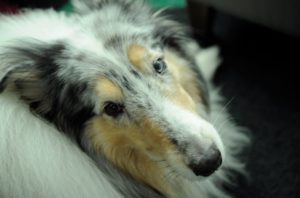 Rachael: A picture I took on a little weekend trip in February to Los Angeles;it’s of a palm tree lined street as the sun is setting. Cliché, but pretty! 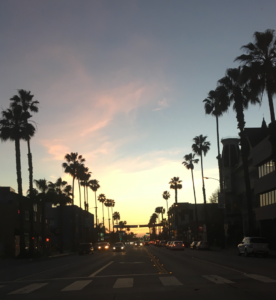 Tell us about your work. What inspired you to start your business? Where did you start and where are you now?

Margaret: We were friends that loved playing games together, often getting together on weekends for food, laughs and games. We noticed two trends in party games that exposed a hole in the market:humor and intelligence driven by game content rather than the players and laughter generated at the expense of others with an overall negative tone. We realized that we wanted something different in a party game and that we weren’t alone in that. That led us down the path of developing our first game, Sway: A Game of Debate & Silver Linings. We began with the intent to create a single game that was fun and funny, but not at anyone’s expense. Now, based on customer demand, we have just completed work on our first two expansion packs (a kid’s version and an “all silver linings” pack), both scheduled for release in September.

Rachael: Just to build a bit on Margaret’s comments, I’d say the thing that first got us interested in starting a business was a need for a creative outlet, and curiosity about whether we could run our own business. We were both feeling a little burnt out in our day jobs at the time,and after hearing a talk by Brene Brown about taking risks, Margaret proposed we try to make a game. I honestly didn’t expect it to go anywhere, but I figured the worst thing that could happen was spending time trying to build something fun with my friend.

Margaret: The expansion packs are a test in some ways that will guide our near term future. Based on customer response, we will consider creating additional themed expansions and, possibly, a standalone kid’s version of Sway. We also have a backlog of ideas for future games to come, so stay tuned!

How large is your business? How many employees do you have?

Margaret: Our business is steadily growing in terms of sales and revenue, but remains the size it began in terms of employee count. There are a total of four partners in our LLC, each of whom brings something unique to the company. My expertise is in product development and sales, Rachael Kauffung is a natural-born marketer, Jeff Marshall is a serial entrepreneur and analytics pro and Sam Birchman is a world-class artist. Together we are Silver Linings Games!

Tell us a success story about funding your business.

Margaret: We funded production of Sway through a Kickstarter campaign that ran in the fall of 2015. We raised over $15,000, giving us enough cash for our first production order and enabling us to focus our own investment funds into crucial marketing and publicity efforts. Coverage from Upworthy and other media outlets pushed us past our first tipping point and helped us to exceed our first-year sales goals.

What do you see as challenges for you and your business? What are some opportunities?

Margaret: At this phase of our business lifecycle, scaling is our biggest challenge. Finding the right balance as one scales can be difficult. For example, the cost efficiencies gained through production scale can quickly be eaten by additional operational cost to store and fulfill product.

One of our most unexpected opportunities is to partner with learning institutions and facilitators. We had not recognized when designing the game what a powerful tool it would be for educators. We have heard from many customers that they are using Sway to teach English, public speaking and more.

Margaret: A few months after launching Sway, we became aware of a quality issue with the game spinners. A small percentage of them would not spin smoothly or consistently due to a manufacturing defect and it was negatively impacting customer experience. We worked quickly with our manufacturer to replace the spinners in all unsold games, and provided replacement parts and an apology gift to affected customers. We used this unexpected pitfall as an opportunity to update the included game rules based on customer feedback to provide an overall improved experience.

Margaret: We had so much fun working with each other to create the game that we didn’t think anything could top it, until we started seeing people’s reaction to it. Now we know firsthand how magical it feels to have people love something that you created. It’s so exciting to see that people are laughing as much playing the game as we did designing it!

Margaret: The mission of Silver Linings Games is to facilitate joy, connection and expression through the creation and publication of original board and card games. Our games are designed to be thoughtful, positive and hilariously fun. What matters most to us is that we stay true to that mission. We want our products to add joy, positivity and sometimes a bit of silliness to the world. There is so much negativity surrounding us all on a daily basis and, especially in the internet age, it is difficult to escape from. We want our games to be a positive break from that. If our games can help reframe someone’s focus to a more “glass half full” perspective in a lasting way, that is even better.

Margaret: Creating consensus on strategy and driving tactical execution is my strength and a key role I play on the team. We have been able to avoid paralysis even when lacking data on which to make decisions. We have also evaded succumbing to decision fatigue. This has kept us consistently moving forward even though we are all balancing our Silver Linings Games work with demanding day jobs.

Margaret: Debbie Sterling, founder of GoldieBlox, continues to be someone I admire. She translated challenges and experiences within her own life into an innovation that both directly and indirectly works to combat those challenges. She is actively creating future innovators and entrepreneurs with her products.

Rachael: I think the best thing about being an entrepreneur is the same regardless of who you are. Any entrepreneur takes pride in having ownership over their work –the feeling that you are completely autonomous, that you are your own boss is really powerful. It’s what you hear most often from entrepreneurs, but that’s because it’s true. The worst thing about being an entrepreneur as a woman in the indie board game space would have to be representation and how specific the community that has grown up around indie gaming is. It’s difficult to find other female indie game designers. Gaming conventions tend to be extremely male dominated, review sites and gaming forums are male dominated, etc. So in the early stages of game development and once we were trying to get folks to try and review our game, we found we got a lot of push back because we weren’t already a part of “the community.” These smaller niche interest areas can feel very exclusive, and it can discourage you from trying. We had to remind ourselves that our game wasn’t necessarily for the hard-core board gamer, but more for the casual gamer and that it was OK if we didn’t initially find acceptance in the existing indie game designer community. We also got lucky and met a few female indie game designers in Seattle who were super welcoming and helpful.

Rachael: The difference between being a female entrepreneur versus a male entrepreneur is the same difference. If you asked the question how is it different being a man versus a woman in virtually any context in the U.S.We’re very lucky to live in a country and society, as well as to have grown up in a time, where girls were told they could do anything they wanted. However, there are still major differences in the way boys and girls are spoken to, taught to play, and in the examples they are shown of what a successful adult man or woman looks like. I could go into a lot of detail here, but all of this leads to what is now commonly referred to as the confidence gap. Put simply, men are more likely to become entrepreneurs than women, largely due to this difference in confidence. I think as female entrepreneurs we tend to question ourselves and our decisions more frequently. But at least for Margaret and I, that’s led us to have a more successful business since we’re more deliberate in our decision-making.

What’s the best advice you ever got, and from whom?

Margaret: Whit Alexander, one of the creators of Cranium, was kind enough to give us guidance over coffee early in our journey. That conversation was influential for us in multiple ways. The stand out advice was to become profitable as quickly as possible. We have adhered to that recommendation and it has shaped some of our guiding tenets.

Do you know a woman in business that we should profile?

The easiest way to get started is to simply answer our profile questions and email it to the editor.

A Passion for Fashion: Melissa Shea & Beth Smith Connect & Inspire an Industry with Fashion Mingle
Next