Are women in tech-related industries excelling as much as they could be? 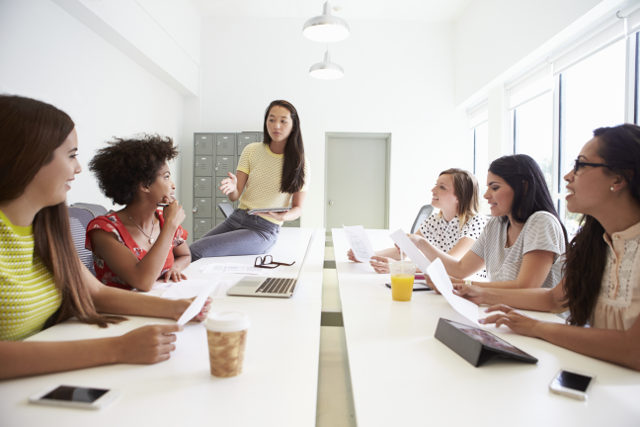 “Every company needs technology, and yet we’re graduating fewer woman technologists. This is not good for society. We have to change it.” – Melinda Gates

A Center of American Progress report estimated that a day without women could cost the U.S. GDP $21 billion if every woman who worked outside the house went on strike.

Women play a leading role in the growth of the economy and the progression of society yet we are still seeing high levels of inequality when it comes to males versus females in the workplace in a variety of sectors. The technology sector being one such example.

A study by ISACA highlights 5 barriers experienced by women in technology:

“The first step to encouraging more women to pursue a career in technology is educating current technology leaders that gender diversity in the workforce is valuable and important. One of the things that I have noticed through my interactions with leaders in the male-dominated technology field is that these leaders believe their teams perform as successfully with or without females as a part of them. That is incorrect thinking.” – Krysten M. McCabe, CISA

A number of businesses in the Silicon Valley area are doing what they can to ensure that more women are studying STEM in high school and college. But unfortunately, women in STEM fields are still leaving at drastically higher rates than women in other sectors.

A Women in the Workplace study also showed that many women are leaving their senior tech positions because they are simply unsatisfied with their careers and don’t believe they can advance any further, proving how much organizations need to start adjusting how women are perceived and mentored in the tech space if we want to see any advancements in 2017 and beyond.

The best cities for women in tech

Smartasset recently conducted a study that looked at women in tech in 59 cities across the US. The results show which cities really need to re-evaluate their efforts when it comes to helping women excel in the tech space.