What Are Venture Capital Investors Really Saying About Female Entrepreneurs?

A look at what goes on behind closed doors when venture capital investors decide which businesses to fund. 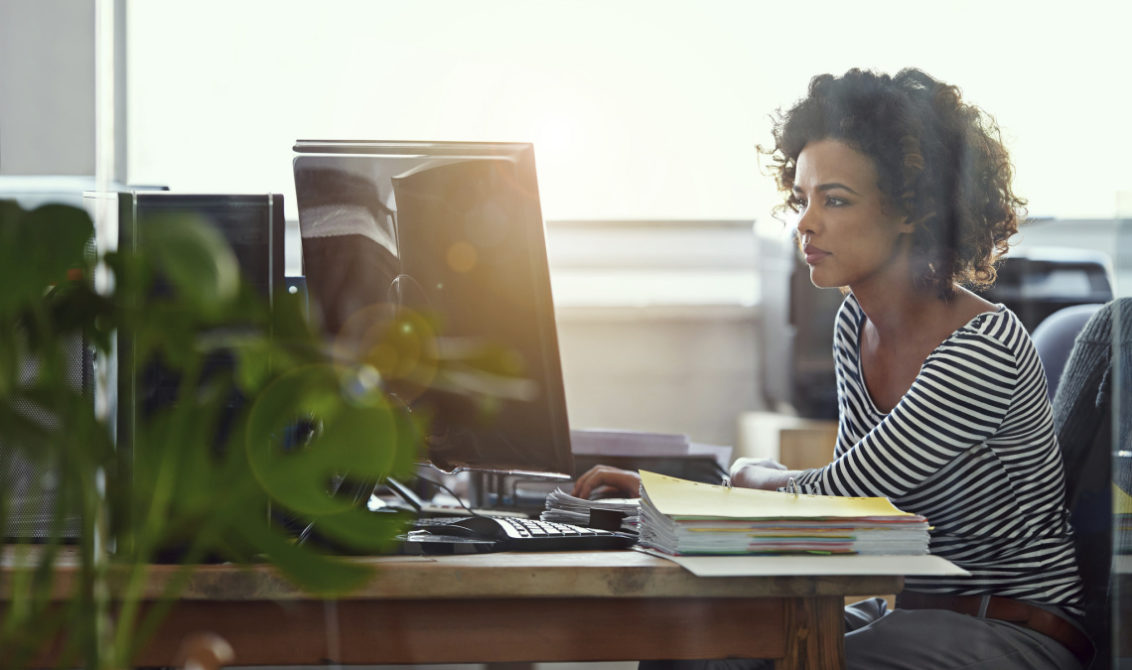 It’s not a secret that female entrepreneurs are heavily under-funded. A study by PitchBook showed that women received around 97% less funding than their male counterparts in 2016. If you look at that stat in terms of deals, 5,839 male-founded businesses received the venture capital funding they needed versus a small 359 female-founded companies.

Funding is most certainly one of the most difficult steps on the journey to entrepreneurship but the gaping funding hole between male and female entrepreneurs is quite apparent and certainly something to be concerned about.

With so few women entrepreneurs receiving the funding they need to boost and develop economies and make a difference in their chosen sectors, we have to ask ourselves what the underlying issue is when it comes to males versus females receiving VC funding deals.

Malin Malmstrom, Jeaneth Johansson and Joakim Wincent of Harvard Business Review (HBR) were pondering this exact question. What were female entrepreneurs doing during a pitch to reduce their chances of securing VC funding? Or were the entrepreneurs to blame at all in this situation?

Yes, VCs do take greater risks so they tend to scrutinize entrepreneurs and their ideas a lot more closely but surely not all female entrepreneurs have been presenting overly risky business ideas for the last several years?

The HBR team got the opportunity to listen in on 125 face-to-face venture capital applications, 79% of which were males. The panel of investors consisted of two women and five men and resulted in 210 transcribed pages that were translated from Swedish to English. 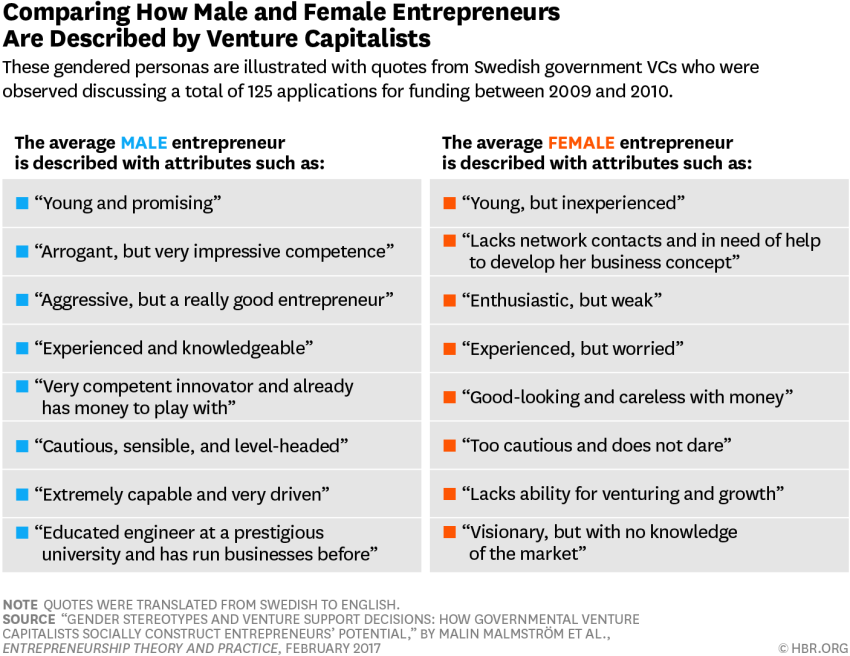 There was a glaring difference between how male and female entrepreneurs were perceived.

While male entrepreneurs were seen as promising, innovative, assertive and competent, women were mostly described as inexperienced, good-looking and careless.

It comes as no surprise that only 47% of female applicants received funding, with most of them only receiving 25% of the applied-for amount. Only 38% of the male applicants had their proposals rejected and the males who were successful received at least 52% of the amount they asked for.

When the HBR team approached the investor panel and the companies involved with these results, they were met with mixed reactions. Some felt saddened by the situation and were glad that funding inequality was being highlighted and addressed while others denied their involvement completely.

If this type of stereotyping does not become an important issue for government venture capital investors, we’ll potentially be damaging female entrepreneurs and society sooner than we think.

How to Make Money In Media: Meet Jessica Lessin & The Information
Previous