How Towers are Going to Disrupt the Lens Industry

New technology is poised to remake everything we see through. 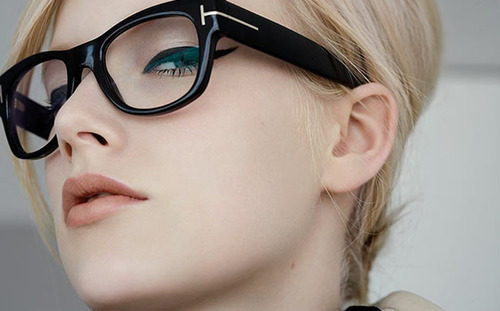 Gone with the coke-bottle glasses. Gone, the heavy telescopes and giant mirrors. Gone, heavy glass screens on hand-held devices, TVs, computers. Gone the weight—and the high cost in materials—of all the glass we see through.

The possibilities for this new technology are almost out of sight.

Every glass application is about to be disrupted by new technology that ditches thickness as a focusing engineering, for ultra-thin, ultra-light meta-material made of tiny titanium dioxide towers. Digital Trends is reporting that a team at Harvard University led by Federico Capasso of the university’s applied physics and electrical engineering programs have made this breakthrough.

Fundamentally, as New Scientist describes it, Capasso and his team have created a kind of titanium dioxide Stonehenge, carving the material with streams of electrons into a set of blocks 600 nanometers tall. The blocks are carved so that when rotated the focus the light at different distances, just like current lenses do by varying thicknesses of glass.

The new material, just 600 nanometers, about six ten-thousandths of a millimeter thick. Not a hair’s thickness, but much, much less. In fact, nearly invisible. So nearly-invisible that it needed to be applied to non-focusing glass in order to be tested.

Harvard says that the technology is so new that industrial uses for the material (applied only to certain colors of light) are nearer to production than actual lenses that focus the complete visible spectrum. It predicts that this technology will send rumbles through industries and commerce as diverse as photography, virtual reality, microscopes, and eyeglasses. Imagine featherweight cameras, bendable VR helmets that are light as a veil, microscopes the size of your fingertip, eyeglasses without nose-fatigue.

“This technology is potentially revolutionary because it works in the visible spectrum, which means it has the capacity to replace lenses in all kinds of devices, from microscopes to cameras to displays to cell phones,” Capasso said. “In the near future, meta-lenses will be manufactured on a large scale at a small fraction of the cost of conventional lenses, using the foundries that mass produce microprocessors and memory chips.”

This video illustrates this new meta-material technology and its projected impact.

Power-up your business with this awesome resources cache
Previous

Grow Your Business by Hiring Nurturing Leaders​
Next