To Quota or not to Quota: Women on Boards

Boardrooms. Power-ties and suits. Same old, same old. The folks at Borderless, a women-owned and women-led third-party partner want that to change. And they think quotas might be the way. Here's what founding partner Els De Cremer and consultant Rosalie... 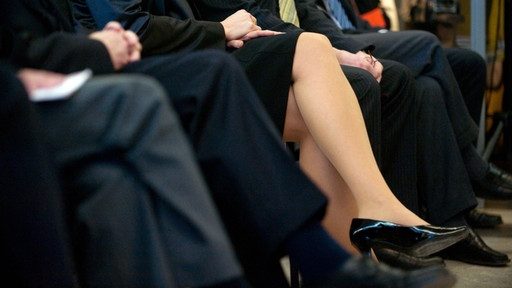 European quotas that put more women on boards have helped reconfigure the leadership landscape. While Borderless founding partner and managing director Els De Cremer acknowledges that she is not intrinsically in favor of quotas, she’s watched “the glacial speed at which society is progressing…[and does] believe quotas serve a purpose.” Though “not a natural believer in quotas,” she writes, “after having observed for so long that the score has not changed, I think they are necessary.”

On this side of the pond, the necessity is even more pressing and may have far-reaching corrective ripples. Consultant Rosalie Harrison: “the other benefit of mandatory quotas would be to put a spotlight on the selection process that takes place for all Board members. Board selection has historically been a very informal, ‘who do you know’ old-boy system….If you are suddenly required to bring in a woman, you are most likely not going to be able to find her through those informal channels. This means companies are going to have to put in place a more sophisticated selection process…. [and thus] increase the quality and capabilities of all Board members.”

For Rosalie Harrison, “getting a seat at the table, and using a quota to do it, would not in any way inhibit me from joining that Board and proving, very quickly, that I’m not a token.” For Els De Cremer, “If you’re on a Board with multiple men and you are the only woman….you may feel as if you have to work twice as hard just to prove you’ve earned your place, but it should never prevent you from seizing the opportunity.” Tokenism is just a first judgment. Get in, get to work, and you’re rapidly valuable. But get in, first. 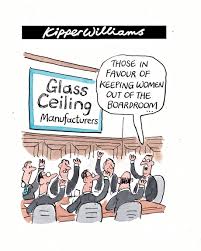 Unlikely. One woman can’t change a fully mature corporate culture that genders power and excludes women. As Rosalie Harrison says, “Just because you put a woman on a Board doesn’t mean she has the agenda, desire, and capability to change the corporate culture.” And some companies are just intractable. Els De Cremer: “resigned from my management position at a large multinational company. I had just had my first child at 36, and the senior VP, later to become the CEO of the company, told me in the exit interview, ‘Yes, well, I guess as a woman you can’t have it all.’ Astonishing at the time, but a great illustration of the then-prevailing thinking….Some companies give lip service to the topic; this will never bring about the necessary change.”

But some companies are changing

Yes! And quotas help that happen. “Some companies that are trying to get it right are even making sure that economic incentives are tied to building diverse teams,” Rosalie Harrison says. “To support diversity, companies will have to stop doing the same old things that they were doing before.” Both women suggest a third-party partner like Borderless, which is women-owned and women-led, and deeply invested in “furthering the careers of women… even if it’s one hire at a time.”