Do women CEOs actually outperform male CEOs when it comes to investor returns? The short answer is yes--and not just by a little bit. Here's the analysis. 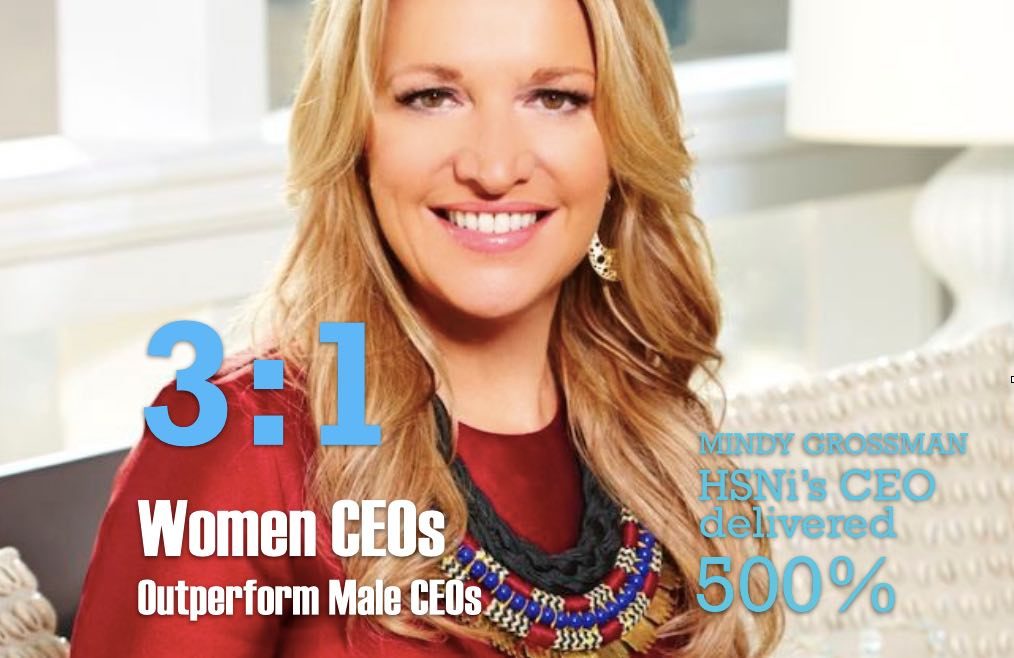 Do women really outperform men at the top? Absolutely.

The latest analysis in a string of studies judging the performance of women at the top is from Karen Rubin, Director of Product Management at Boston-based automated hedge fund investment firm Quantopian. She is a computer scientists, a startup enthusiast, and a runner who believes that, “for every problem, there’s a solution.”

Karen makes it her job to find solutions to predict better returns for investors in Quantopian’s trading platform. She followed Fortune 1000 companies with women CEOs between 2002 and 2014, a twelve year period that included “the crash” as well as the gains over the last years. That data was then compared with the S&P 500’s performance during that same period.

The analysis revealed that the 80 women CEOs during those 12 years produced equity returns 226% better than the S&P 500.

Women CEOs outperformed male CEOs by three to one in this 12 year analysis.

“The results are even on the conservative side for the performance of the women CEOs,” writes Pat Wechsler in Fortune, ” since dividends weren’t reinvested automatically as they were with the S&P 500.”

Rubin comments, “There is definitely still work to be done here, and it’s an ongoing project.” In the future, Rubin would like to, “expand my universe of companies beyond the Fortune 1000 and invest in all companies with female CEOs–US Equities of course. I’m working on getting this data set.”

Her study was criticized on the Quantopian blog by a few male colleagues–there were no women posters except for Karen herself at the time of this article. One male colleague opined (or whined?) that perhaps the data set of the S&P 500 vs that of the Fortune 1000 had an inherent bias toward performance for the Fortune 1000. However,  Karen found that in fact, “my algo is less volatile than the S&P during this timeframe. The sharpe of my algo is 0.6 and the benchmark is 0.2.” 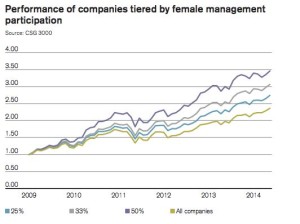 Rubin decided to embark on this experiment after seeing the results of the Credit Suisse Gender 3000, which showed the return on equity for companies with women in more than 10% of key positions was 27% better than for those with less than 5 percent and the dividend payouts had a 42% higher ratio. The study by the Credit Suisse Research Institute tracked some 28,000 executives at 3,000 companies in 40 countries.

Listen to Rubin discussing the analysis in depth on her video at QuantCon. “In order to find the best 15 uncorrelated strategies, we need diversity–diversity across a number of axes . . . and we also need diversity in terms of the people in our community. What I hope for this to do is inspire more women, so that next year . . . there are more women in our community.”

To Quota or not to Quota: Women on Boards
Next