How to Innovate Within: Steffi Czerny’s Modern ‘Magazine’ 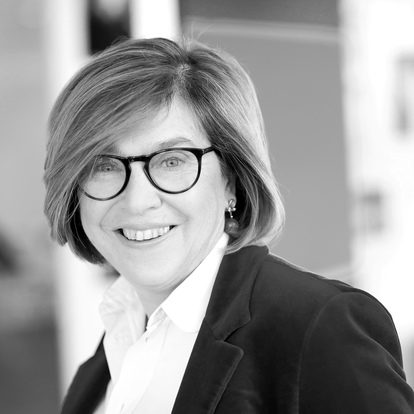 If you’ve been seeing DLD popping up on your social media feeds recently, you’ve likely noticed the renowned annual conference took place this past week. This event has been referred to by The Economist as one of Europe’s leading conferences on innovation.

DLD stands for Digital-Life-Design. It is industry-leading and exclusive, creating a sense of curiosity and prestige around the event and the company. We’ll dive into how the female founder behind DLD, Steffi Czerny, modernized a traditional media.

DLD was started by a publishing house printing magazines, Burda Media. The owner knew the internet make a major shift in how our world works. Czerny was sent to Silicon Valley to investigate. She returned with a new appreciation and the question: ‘how is digitalization changing our world?’.

To answer this question, the publishing house took a very different approach. They discussed digitalization as they would in a magazine, but in a real life format. They launched DLD as an event which acts like a periodical, with readers, editors, headlines, and advertisers. However, all these publication pieces can interact with one another.

Since 2006, DLD has cemented itself as a publishing innovator and a hot ticket.

You Don’t Need to Be Social to be Successful

Given her role as founder and managing director of a major international conference, you might expect Czerny to be a supremely social person. In fact, the opposite is true. “I’m a very shy person,” Czerny admitted, “In order not to talk too much, I’d rather connect them.”

Here, Czerny leverages her introverted personality. She thoughtfully and intentionally creates connections, now on an international stage. And she understands that these connections provide significant personal, developmental and financial value.

Of course, Czerny isn’t the first to see the value in making connections. DLD’s special success comes from unpredictable places. The guest isn’t narrowed by a certain expertise or enterprise. The conferences are guided by the phrase ‘Connect the Unexpected,’ so anyone interested in digitalization may be invited.

Czerny sees herself as “an editor of people.” Thinkers, artists, scientists, politicians, entrepreneurs, investors all gather together. It’s about connections, yet Czerny is eager to remind people that it’s still a business conference. Deals, investments, and partnerships grow out of unexpected places providing unexpected value.

And the concept is working. DLD has been recorded to create over four billion quality contacts in 2017.

The Future is Female

As a female founder, Czerny knows the importance of and the issues confronting women in the digital age. “Look to the future and you can’t deny it,” she says, “the female perspective will play an important role.”

In 2000, DLD launched DLD Women with the slogan ‘the Female Decade.’ This annual event series investigates what digitalization means for women and female consumer markets. The last DLD Women was in 2014 focusing on the theme of relevance.

DLD’s success is due in large part to Czerny’s eye for upcoming talent. Many of today’s big names in tech have spoken at DLD before they became famous. For example, Mark Zuckerberg spoke in 2009 and proudly announced its achievement of 2 million users.

How does she find this talent? She seeks out pioneers in the broad field of digitalization. Czerny recognizes the exceptional as innovators with a vision. “Those who are obsessed with their project, they are the ones to watch” she asserted.

As the editor in chief of DLD, she ensures all speakers are top notch. When asked of her highlight for DLD 2017, she replied, “Every panel is my highlight. If it wasn’t so, I wouldn’t have invited him or her.”

It’s one thing to spot the talent, and it’s another to have them accept an invitation. Before DLD built a name for itself, Czerny was able to bring in big talent and bigger names. When asked how she did it, she notes, “it’s very simple: by being a curious house wife. You get them all. Just be nice, be curious, and be supportive of the ego of stars.”

Czerny’s work with DLD offers important lessons for other female founders. She looked at how to innovate a traditional industry while inside of it. Her shyness wasn’t a weakness, but a strength to be leveraged in building connections. And her unique approaches to networking and talent are simple yet brilliant.

Learn more from Steffi Czerny by hearing her speak outside her own conference, at Tech Crunch Italy: