Alex Daly has created waves in the field of crowdfunding and has rightly earned herself the title “The Crowdsourceress”. Her soon to be published book, The Crowdsourceress: Get Smart, Get Funded, and Kickstart Your Next Big Idea, contains the strategies she... 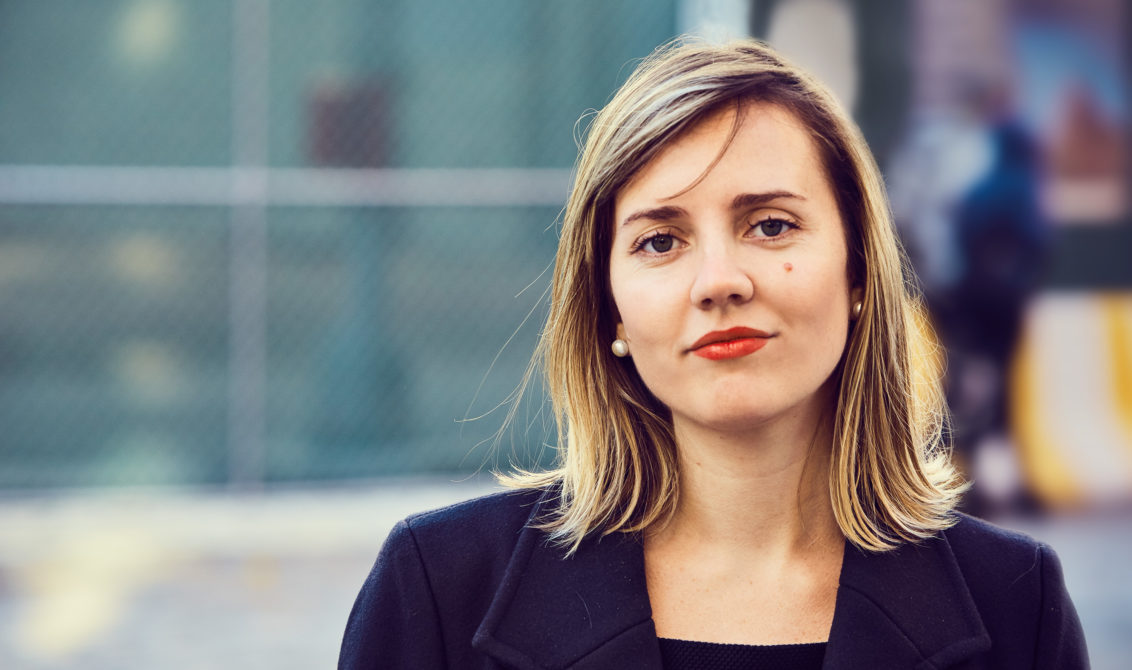 Alex Daly has created waves in the field of crowdfunding and has rightly earned herself the title “The Crowdsourceress”. Her soon to be published book, The Crowdsourceress: Get Smart, Get Funded, and Kickstart Your Next Big Idea, contains the strategies she has used to propel herself and her career to this point of success. It is a great addition for business owners to look out for to add to their libraries. Our interview with her follows.

I have a coffee every morning. Sometimes that’s accompanied by a scone or a breakfast bar or a spoon of crunchy peanut butter.

I think the shorter the workout, the better. Every day, I do 30-second sprints followed by squats, about 5-8 times. Then I do jump rope, some core exercises, and free weights.

What picture is on your phone’s home screen? Share it with us. 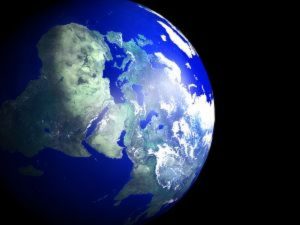 Making The Bold Move To Jump Right In

Tell us about your work. What inspired you to start your business? Where did you start and where are you now?

An editor and producer who worked in our same office space asked me if I wanted to help fundraise for his film through this thing called “Kickstarter” (he probably saw me pumping out grants like a writing machine and thought I was good at fundraising). That was over five years ago. I didn’t know what Kickstarter was but always said yes to everything, so I went for it! I knew next to nothing (I had to Google how to make a press release!) but we worked really hard, learned along the way, and the campaign was incredibly successful. Then I ran another Kickstarter for another film, which was very successful too.  People started recommending me to their friends to run Kickstarter campaigns for their films, and then I was written up in the press and called “The Crowdsourceress.” This whole time I was still working in the film world, grant writing and freelance producing.

Soon after I got a text from my friend about handling a big Kickstarter campaign. The product was a high-resolution digital music device called the PonoPlayer, and the client was Neil Young. Yes! Neil Young! We launched the Kickstarter and hit the $800,000 goal in one day, and then went on to raise $6.2 million for the project.

That’s when I realized it was time to stop doing the crowdfunding thing as a nights-and-weekends gig, and pursue it as a full time job.

I foresee that I will always be working with awesome creatives that strive to make the world more beautiful, efficient, and overall––a better place.

How large is your business? How many employees do you have?

We are a small and mighty business of 3: myself and my two awesome project managers. 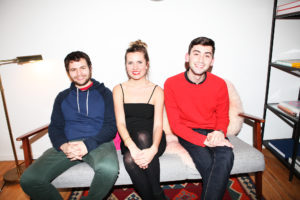 Tell us a success story about funding your business.

Working on the Neil Young project was a huge success story, and the reason I started my business.

With some of the money I earned from that campaign, I incorporated Vann Alexandra and opened a business bank account. I also knew I needed a website, so I brought on a designer to build one, and rented a desk at a shared office space near my apartment. I hired a freelancer to help out with the campaigns and incoming business, and just kept growing from there. The rest is history.

What do you see as challenges for you and your business? What are some opportunities?

Our biggest challenge is managing expectations. Some prospective clients come to us, see that we have raised millions of dollars, and think we will do the exact same thing for them. But crowdfunding is very difficult work. The campaigns that blow up and raise millions are extremely rare.  That’s why we advise clients to ask for exactly as much money as they need, and no more.

My biggest mistake was never saying no, and actually taking on too much. At one point that can be detrimental to the team. We had to step back, realize what kind of projects and people we wanted to work with, and really re-think how to tackle the business in the most efficient, productive, and sustainable way.

I love being able to make my own decisions.

I love being able to collaborate with creatives whose projects I admire and really believe in. It’s a very special and inspiring thing to help people bring their dream projects to life.

Connecting with people in an emotional way.

My mom! She founded The Underline in Miami, which will transform the land below the Metrorail into a 10-mile linear park, urban trail, and living art destination. She’s such a hardworking bad ass, and I am incredibly proud of her.

I’ll start with the worst thing. Women entrepreneurs are way less likely to get funded by venture firms than men. It all starts with the fact that there are so few women decision makers at venture firms. So, whenever a woman pitches their idea, they are likely doing so to a room full of men.

The best thing? How about the fact that women are amazing at crowdfunding! Crowdfunding is as fair as anything you will find in business. Platforms like Indiegogo and Kickstarter’s algorithms don’t choose which campaigns to promote based on a project creator’s sex, race, or religion. And guess what? According to Forbes, women actually outperform men when raising money through rewards-based crowdfunding.

I definitely think that women and men have different emotional sensibilities, but I also don’t like to generalize. I think the statistics speak for themselves, and in the end, women do need to go the extra mile to be hired, paid fairly, and recognized.

This is not advice, but it’s a quote that means a lot to me. It’s by Chuck Close, “”Inspiration is for amateurs. The rest of us just show up and get to work.”

Connect with Alex Daly on Linked In.

Do you know a woman in business that we should profile?  The easiest way to get started is to simply answer our profile questions and email it to the editor.